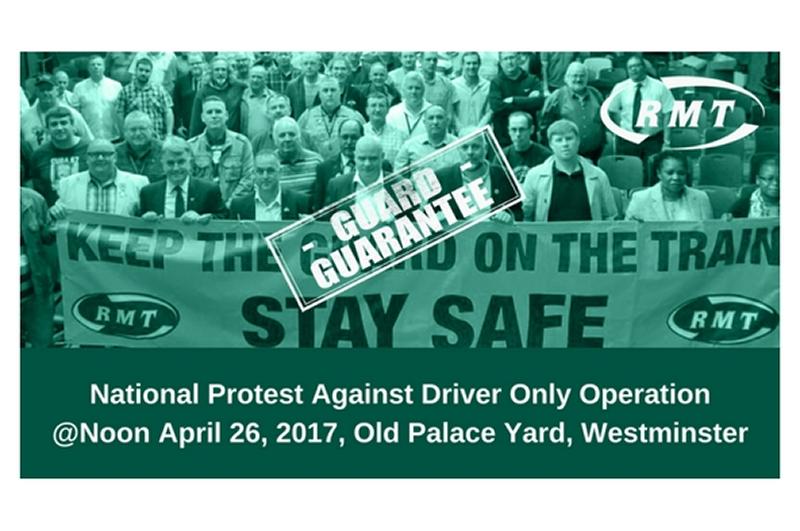 RAIL UNION RMT will be holding a national protest outside Parliament (Opposite Old Palace Yard) at noon next Wednesday, 26th April, to mark the one year anniversary of RMT industrial action against the extension of Driver Only Operation on Southern Rail.

RMT General Secretary Mick Cash said:
“Heroic RMT members working for Southern Rail have taken 31 days of industrial action against the threat to rail safety from Driver Only Operation. Those RMT members have put their passengers and their local communities first and they are a credit to the entire trade union movement. It is right that rail workers from across the UK should have a chance to come together with our Southern members to mark the first anniversary of the dispute.

“DOO is a national threat and this protest provides the opportunity for members from across Britain to make their voices heard and for us to show the politicians and media that our fight for passenger safety will continue.