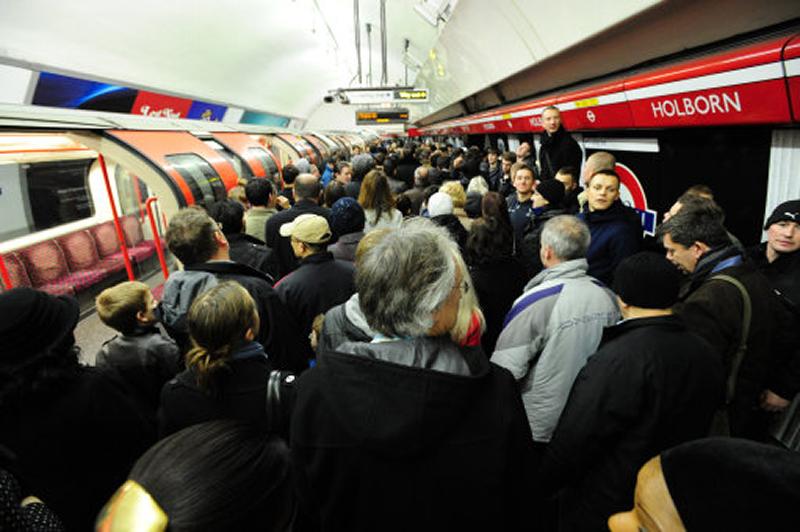 New figures pulled out of Transport for London by a Freedom of Information request show that the number of passengers falling between the train and the platform has more than trebled in ten years with RMT laying the blame on dangerous overcrowding and the axing of safety-critical station staff.

The FOI, reported in the Evening Standard, reveals that a total of 307 incidents were recorded last year up from under a hundred less than ten years ago.

New Tube trains were today blamed for a dramatic increase in the number of passengers falling into the platform gap at stations. A total of 307 incidents were recorded last year, three times the number before the £1.5 billion walk-through fleet was introduced on the Metropolitan, Circle, Hammersmith & City and District lines.

Only last week, RMT demanded an investigation after a woman got trapped between the platform and a Jubilee line train at Canning Town. The union is still awaiting a response to that request.

The RAIB has also recently highlighted the case in March last year of a woman who was pulled onto the tracks at Clapham South after her coat got caught in a train door. RAIB are warning of an escalation of risks at the Platform/Train Interface.

The new figures also reveal there has been an increase in the number of falls onto the platform or into the carriage as passengers board or leave trains. Last year 288 were reported, three times the number when data was first recorded in 2003.

“The severe and escalating dangers at the Platform/Train Interface on both tube and mainline are catapulted into the public eye by these shocking new figures. Only a fool would sit back and ignore a three-fold increase in potentially lethal incidents.

“RMT has warned that axing 800 station staff, against a background of chronic overcrowding, unleashes a poisonous cocktail across the tube network that threatens life and limb. The union is demanding action and that means reversing the staffing cuts and taking RMT’s warning about overcrowding seriously instead of winging it which is exactly what is happening at the moment.”