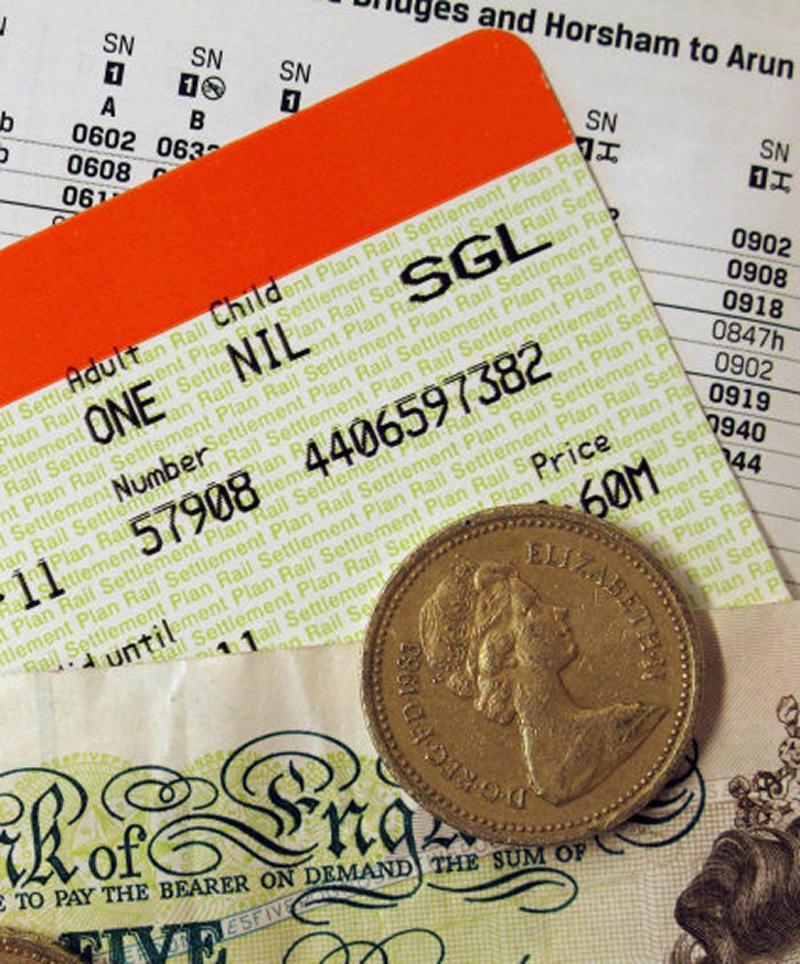 Rail fares for season tickets and other regulated fares are set to go up by 3.6% on average from January 2015, the TUC and rail unions warn today (Tuesday) as the Action for Rail campaign protests against rail fare rises and calls for public ownership of our railways at train stations across the country.

New official figures out this morning are forecast to show that RPI inflation rose by 2.6 per cent in July. Regulated rail fares – which include season tickets – are allowed to rise by July’s RPI figure plus one per cent, and would therefore increase by 3.6 per cent in January 2015.

Analysis of season ticket prices for popular commuter routes across England show that some fares are set to increase by over £100 in 2015. For example a season ticket from Reading to London is set to increase by £147 to an eye-watering £4,235; Plymouth to Exeter St. David’s could rise by £111 to £3,203; while Stoke on Trent to Birmingham New Street could rise by £102 to £2,934. The TUC has set up a rail fare rise projector – available at www.tuc.org.uk/railfareprojector2015 – to show how regulated fares have increased since 2010.

The TUC believes that passengers are being short-changed by wage-busting rail fare rises. Passenger Focus surveys show that only 45 per cent of rail passengers believe that the services they use provides value for money.

In 2012/13 train operating companies collectively received £1.3bn in direct subsidies through franchise receipts and a further £3.9bn in indirect subsidy through investment in Network Rail services. In return, train operating companies paid back just £1.2bn in franchise payments to the government, but they took £172m in profits and paid out £204m in dividends to shareholders.

By contrast, the East Coast Main Line has shown the benefits of a publicly-owned railway by returning over £1bn to the taxpayer in the last five years – all of which will be re-invested in the service, instead of going into the pockets of company shareholders. If all the train operators were publicly owned, more money could be retained for higher investment in safety and better trains, as well as lower ticket prices. But despite the evidence, the government is pressing ahead with re-privatising the East Coast Main Line, even though two private companies previously failed to deliver.

Public ownership of our railways has widespread public support. A YouGov Poll in November 2013 found that 66 per cent of those surveyed were in favour of returning the railways to public ownership.

The rail unions and the TUC’s Action for Rail campaign is marking today’s inflation figures with protests at more than 40 train stations across the country. Campaigners will hand out postcards at stations including London King’s Cross, Leeds, Liverpool Lime Street, Edinburgh Park, Bristol Temple Meads, Newcastle, Sheffield and York.

The postcards will call on MPs to put people before profits and return our railways to public ownership. A full list of train stations is included in the notes to editors.

A photo op will take place today (Tuesday) at the new entrance to London Kings Cross station (opposite St. Pancras station) between 8-8.30am, where Action for Rail activists protesting the fare rises will unfurl a banner and hand out campaign postcards to passengers. If you would like to attend the photo op, or any of the station protests, please contact the TUC press office on 020 7467 1248.

TUC General Secretary Frances O’Grady said: “It’s grim news for commuters that they face yet another year of fare hikes above inflation, while their wages keep dragging behind inflation. The cost to passengers of the failed privatisation of our railways keeps growing year on year. We’ve ended up with slower trains and higher fares than countries who have kept their trains in public hands.  It’s time to stop private companies profiteering from our railways and to make sure that passengers and taxpayers’ money is reinvested to improve our services. The only way to do this is to bring our railways back under public ownership.”

Mick Cash, RMT Acting General Secretary, said: “Not only are passengers being lined up for an inflation-busting increase in their fares but we now have the scandal of the government colluding with Northern Rail to abolish off-peak tickets solely in the name of increasing profits. You can bet your life that other train companies will seize on the move by Northern Rail to abolish off-peak fares, clobbering the travelling public with a double-whammy that will hit them hard in the pocket while the train companies are laughing all the way to the bank.”