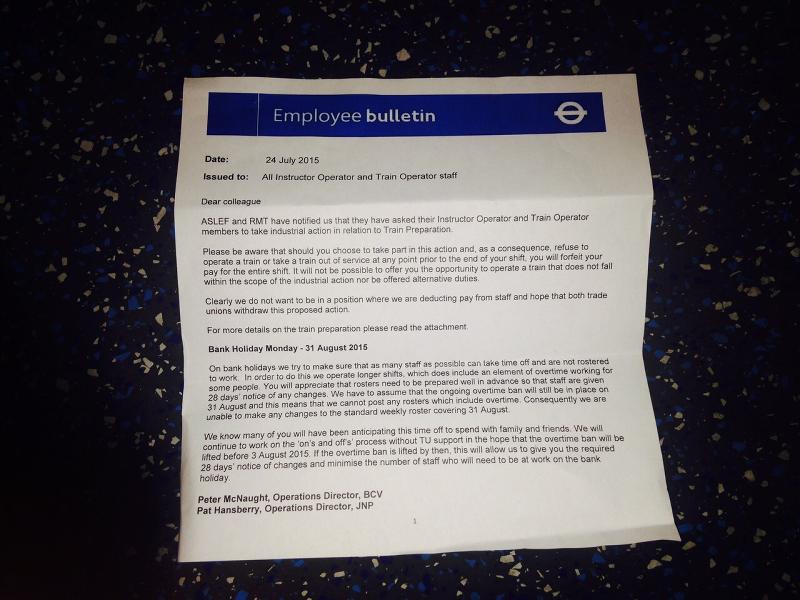 Tube services are already being hit as a new phase of industrial action kicks in this morning with staff refusing to take out trains that have not been prepped in the previous 24 hours and also refusing to train up staff who have been shunted around the network, outside of their normal jobs and locations, to try and plug gaps created by the ongoing overtime ban.

Within hours services on the District Line were disrupted this morning due to a shortage of trains.

Meanwhile, staff refusing to take out unsafe trains have been threatened with being sent home and having their pay docked (letter attached) in a move that will inflame the current situation and which makes a mockery of the safety culture on London Underground. 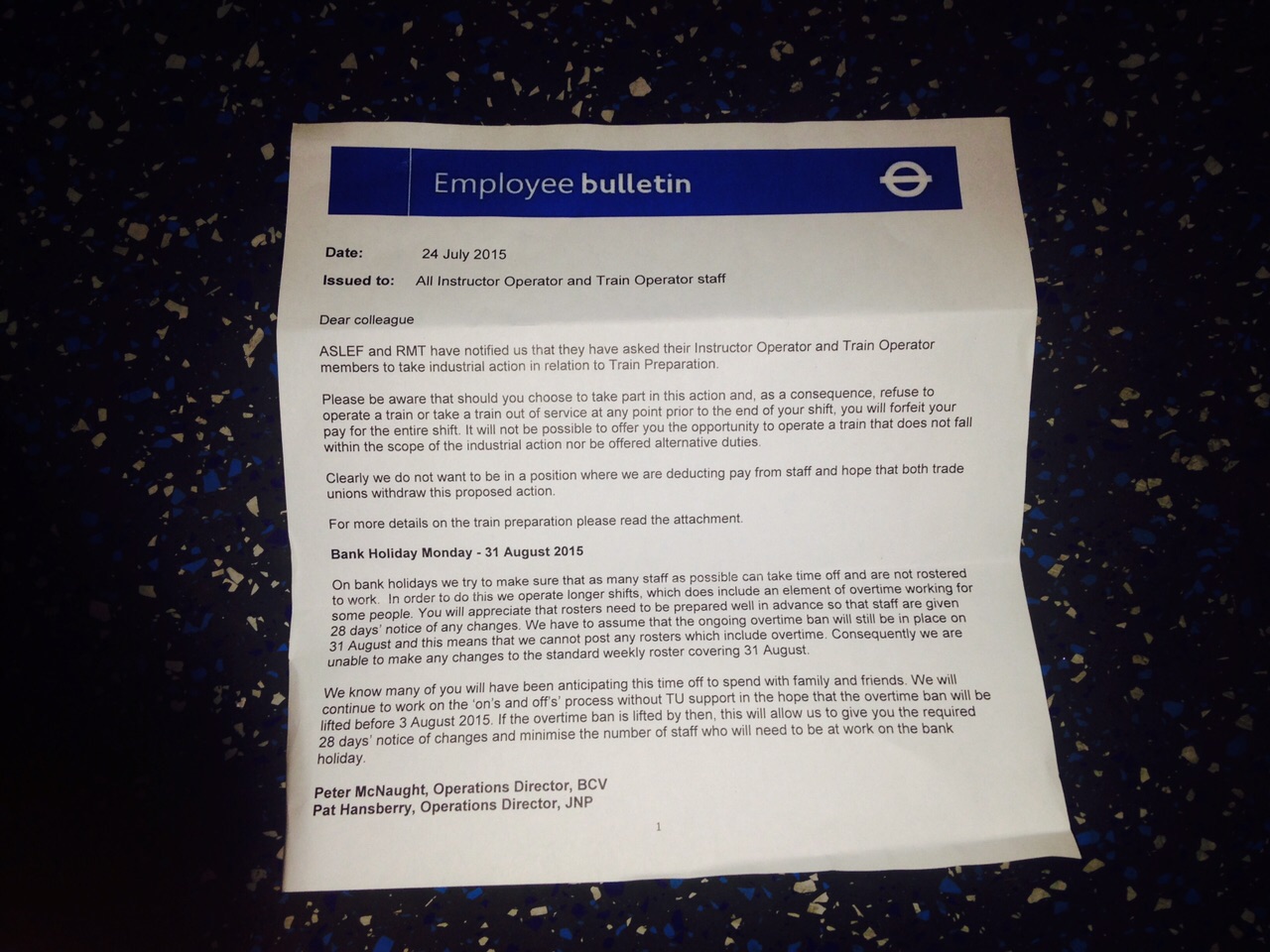 "Instead of addressing the issues at the heart of the night tube dispute LU are instead ignoring safety concerns and threatening drivers who refuse to take out trains that have not been properly prepared. That is outrageous and deliberately inflammatory.

"The new phase of action is already biting this morning with train shortages hitting services and LU should stop the threats to union members and start talking seriously about the staff concerns over the night tube plans. "