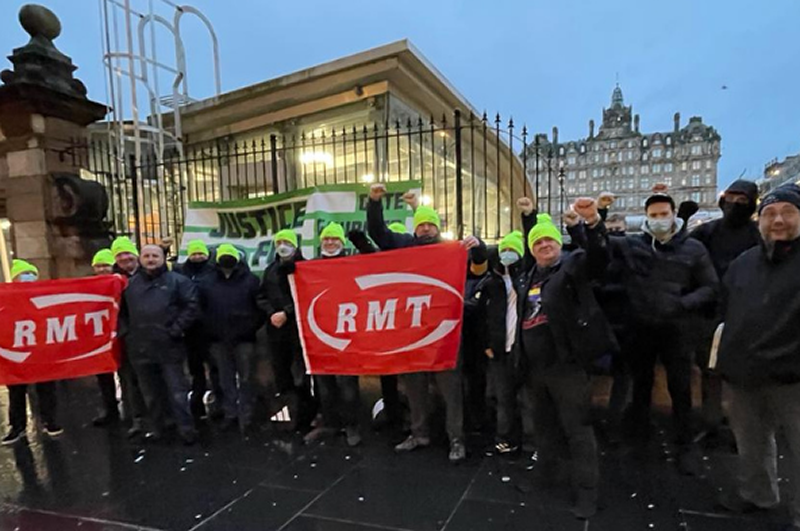 RAIL UNION RMT said that strike action by members on CrossCountry Trains and by staff at Edinburgh Waverley Station is being solidly supported this morning.

Train managers and senior conductors on Cross Country are out in a fight to stop the company from watering down and undermining the role of the‎se safety critical grades and the Gate Gourmet staff in Edinburgh are striking again in a long running dispute over bullying and harassment in the workplace.

"I want to pay tribute to the two groups of rail workers on Cross Country and at Edinburgh Waverley who are both standing firm this New Years Eve in their fight to defend safety and a working envir‎onment free for bullying and harassment.

"Disruption to services today is down to the private companies who think they can treat rail workers with barely concealed contempt as they ride roughshod over them.

"RMT is well aware that an industrial relations storm is brewing across our railways and that today's action is just a taste of what's to come in 2022. This trade union will stand up and fight wherever jobs, safety, pay and conditions are under attack and the employers need to wake up to that fact. "