Next phase of fight over rail ticket office closures 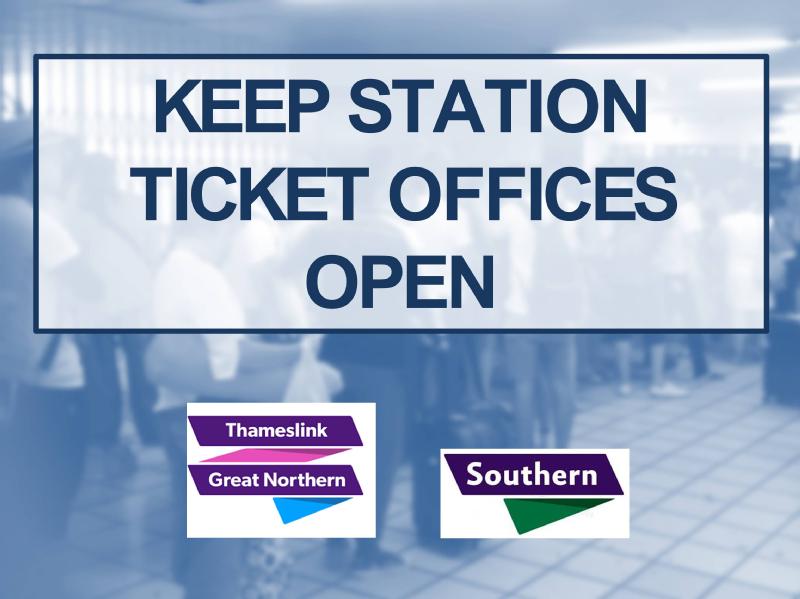 This Thursday’s morning rush hour (3rd March) - from  7.30 am at  South London’s Balham train station - will see RMT members and Assistant General Secretary Steve Hedley out in force to encourage passengers to protest and complain about Govia’s outrageous plans to get rid of ticket offices.

Balham’s Ticket Office is being scheduled for closure later this year. In future the primary point for purchasing tickets on the station will be from the self- service machines or from the staff on the platforms.

With no thought other than for cutting costs Govia’s passengers are destined in the future for more delays in getting tickets, difficulty in getting the advice they require and ultimately overspending on limited options from a machine. In addition that is to worrying about security at the station as the secure ticket office was a valuable deterrent against crime.

RMT will be out in force as well  across the region as these proposals are being rushed through with no attempt at proper consultation and all responses must be back with statutory watchdog London Travelwatch by 11:59pm on Sunday 13 March

“The next phase of RMT’s fight to end the ticket office closure programme kicks off in Balham with this important event that will be taking the message out to thousands of passengers who will see their services ripped to shreds if these plans aren’t stopped in their tracks.

“RMT has set the pace with our campaign to stop Govia’s Thameslink Railways from unleashing ticket office carnage across the routes that make up this franchise as they look to sacrifice, jobs, services and safety in the drive to line their own pockets at the passengers expense. The consultation process has already  descended into complete and utter chaos and this is a shameful way to treat passengers who pay a fortune to use the services on this basket-case franchise.  The plans have sparked a storm of public outrage and the union will now step up the fight starting with the event in Balham .

“RMT has no intention of allowing these plans to be bulldozed through and Govia should be forced to pull the proposals in their entirety.

“The bottom line is that these plans are a disgrace and Govia should be slung out and these essential rail services taken into public ownership before these latest profit-driven cuts are allowed to rip through 84  stations from North to South. It is no coincidence that this threat comes as Southern are already gearing up to axe guards from their services in yet another lethal gamble with safety-critical jobs on some of Britain’s most dangerously overcrowded trains and platforms. 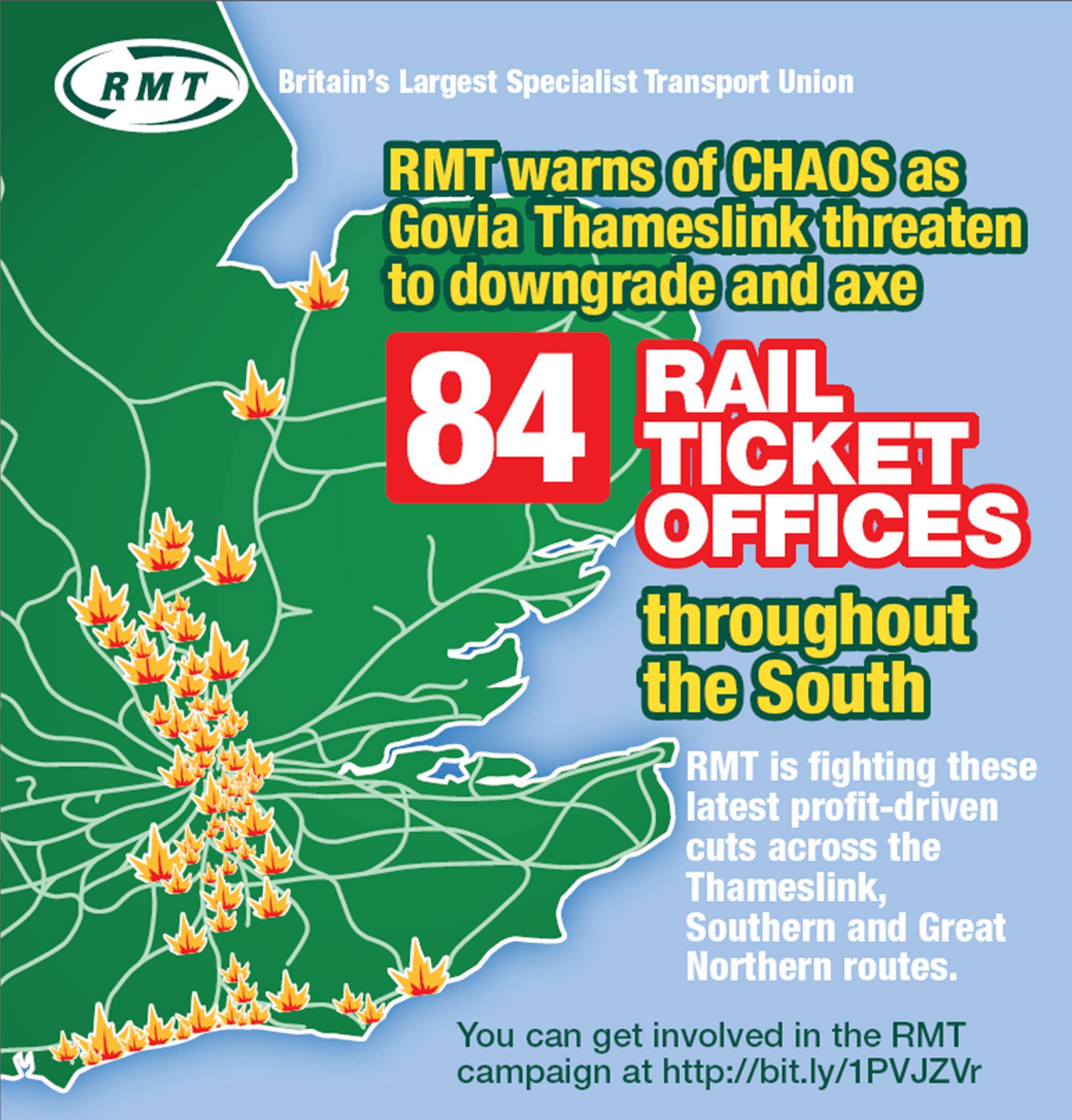