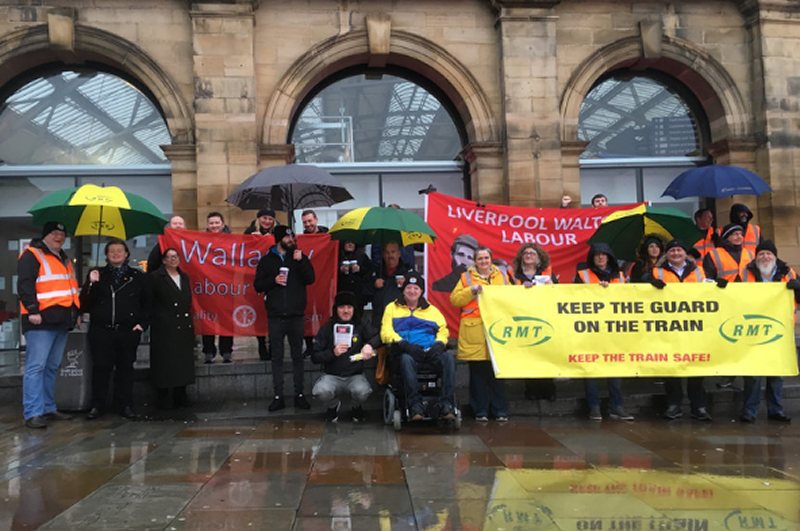 RMT Northern Rail action rock solid on 38th day as company fails to give key guarantees on second person on the company’s trains.

RAIL UNION RMT has confirmed that strike action on Northern Rail remain absolutely rock solid on its 38th day this morning after the company failed to respond by noon yesterday to a request for urgent talks around the core principles of the role and responsibilities of the second person on the train.

The union had set out three principle objectives to be met which would have facilitated talks and allowed for today’s action to be suspended:

1.         An absolute guarantee that no trains will run without the second member of staff on board.

2.         That the second member of staff will be clearly designated as safety critical to the running of all services.

3.         That the second member of staff will retain the full suite of safety and operational competencies of the guard, including a direct role at the platform/train interface and train despatch.

Arriva Rail North stand accused of treating both staff and passengers alone with complete contempt when it comes to delivering safe and accessible services.

“I want to pay tribute to RMT members across Northern Rail on this 38th day of strike action.  It is their sheer guts and resilience that has kept the fight for safe and accessible rail travel for all across the Northern franchise in the spotlight while the company continue to duck and dive and refuse to face up to the key issues.

“RMT made it clear that we needed a formal response from Northern Rail by noon yesterday to the core principles around the role and responsibilities of the second person on their trains.  We are angry and frustrated that no such response was forthcoming and as a result of the company’s failure the action has gone ahead today exactly as planned.

"It has only been the resilience of RMT members and our supporters from the ‎travelling public whose solidarity and determination have been instrumental in getting the focus of the dispute back on to the guarantee of a second person on the train. It is deeply disappointing that the company failed to meet a deadline yesterday that could have moved the issues forwards.

“RMT has made it clear that we are available for genuine and serious talks next week and the ball is firmly in Northern’s court in terms of putting concrete proposals forward that address our core points.