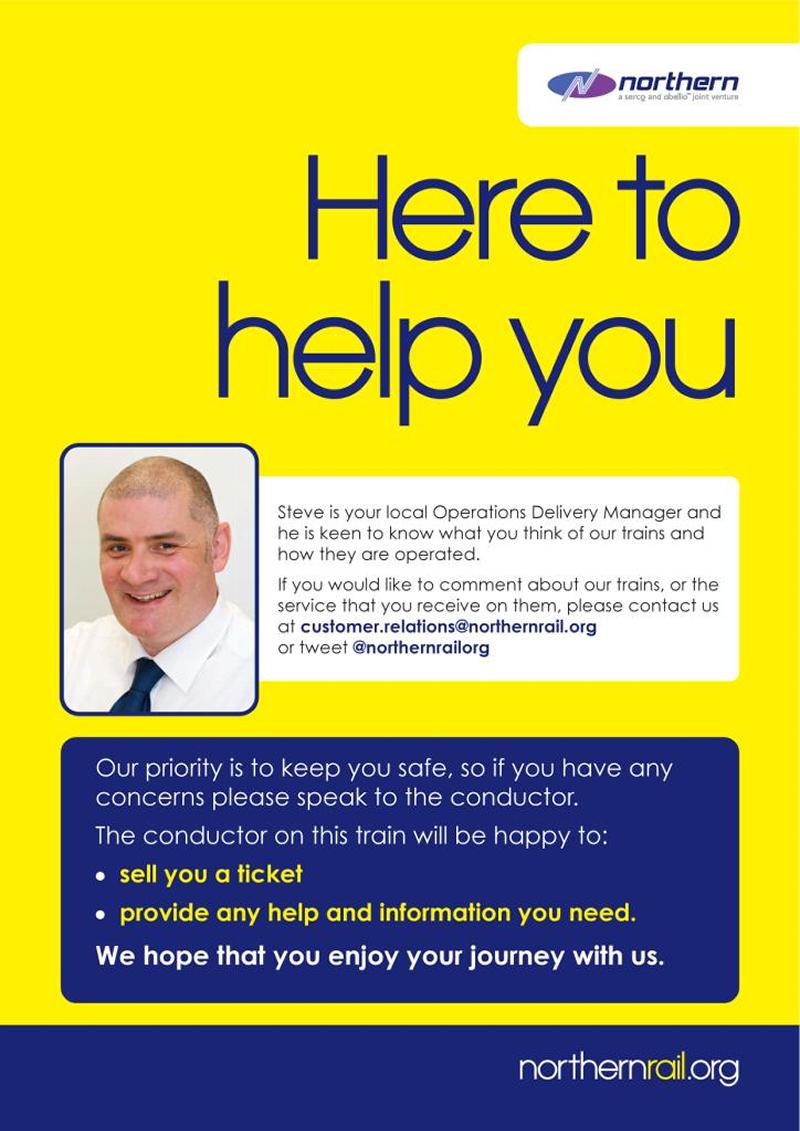 RAIL UNION RMT today demanded that Northern Rail explain to the travelling public why they are issuing posters setting out the service and safety role of the conductors on their trains while going along with Government plans for the new franchise which would axe the guards/conductors and move the whole service over to Driver Only Operation.

The poster is being displayed on trains across the Northern Rail routes and says:

“Our priority is to keep you safe, so if you have any concerns please speak to the conductor.

The conductor on this train will be happy to:

The reassurance of the safety-critical role played by the conductor/guard, promoted by Northern in their publicity campaign, is totally at odds with the Government consultation on the future of the franchise, which closed on Monday and which clearly sets out Driver Only Operation as the operational model.

“RMT has argued that the conductor/guard role on our trains is essential in delivering both a safe environment and high quality services. That position is backed up by Northern in their external publicity while behind the scenes they are conniving with the Government to axe those very same staff in the future. The whole situation stinks and exposes again that the new franchises are about nothing more than maximising profits.

“RMT has made it absolutely clear that the campaign to stop the carve up of jobs and services on Northern and Trans-Pennine Express has only reached round one and RMT is now moving into the next phase. The role of the conductor/guard on our trains remains central to that campaign.