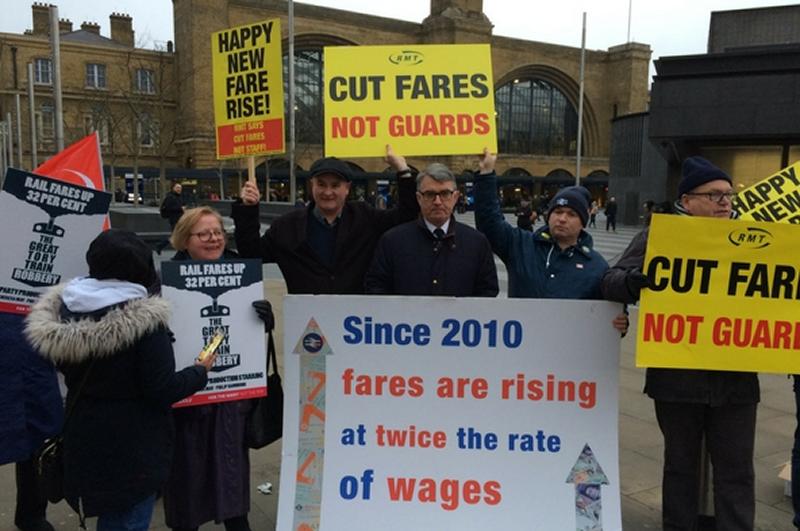 Overwhelming support from passengers for RMT protests this morning over privatised rail fares rip off.

“While the British passenger is being bled dry, the same private companies who are coining it in are axing safety-critical staff and slashing security on our trains and stations in the name of even fatter profits. It’s a national scandal that private profit comes before public safety on our rail network.

“Even worse, with 75% of Britain’s railways in overseas hands, it is the British people, paying the highest fares in Europe, who are subsidising state-run rail operations in Berlin, Paris and Amsterdam while the Tory government refuse to even consider the public ownership option in their own back yard.

“The answer to this racket is a full return to public ownership of Britain’s railways and an end to this gross profiteering at the fare-payers expense.”