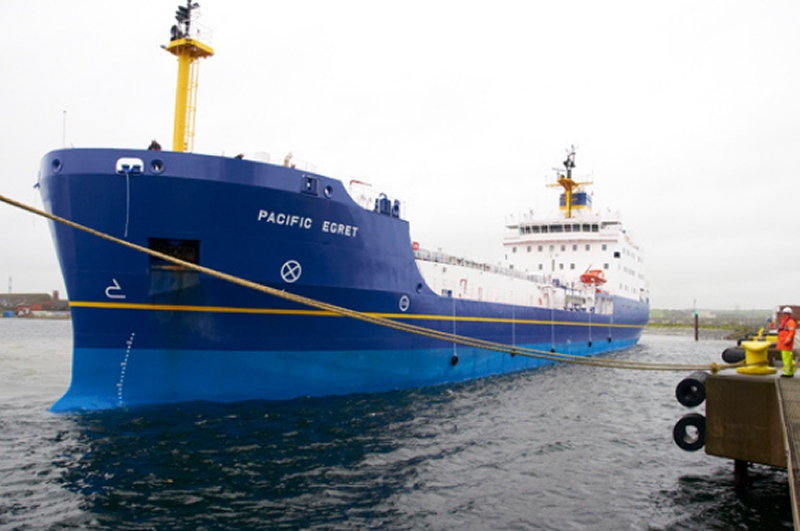 PNTL seafarers have been hit with the 0% public sector pay freeze for 2021-22, despite the importance of their jobs to national security and the environment. Crews are contracted to work up to 18 weeks at sea transporting nuclear waste from Barrow to Australia, via Japan.

“PNTL crew have continued shipping radioactive waste thousands of miles during the pandemic and are rewarded with a pay freeze by this Government, just as the cost of living crisis and rampant inflation descend on working class households.

“PNTL has paid out £8.6m in dividends in the last two years. A pay rise is clearly affordable, the Government must reverse this attack on PNTL seafarers’ pay.

“We will not accept public ownership being used as a smoke screen for blatant cost cutting off the backs of RMT members and we will fight tooth and nail against this egregious attack.”

1. PNTL and Nuclear Transport Services are subsidiaries of the Nuclear Decommissioning Authority (NDA).
2. There are three vessels in the PNTL fleet, with the Pacific Grebe recently embarking from Barrow with a cargo of nuclear waste form Sellafield destined for a storage site in Australia.
3. According to the latest accounts, PNTL paid out dividends of £4.2m in 2019-20 and £4.4m in 2020-21.
4. RMT General Secretary Mick Lynch has written to the BEIS Minister, Lee Rowley MP to demand an explanation of the decision to require NDA subsidiaries to ‘align’ with the Government’s public sector pay award for 2021-22, and for that decision to be reversed.
5. The Government froze the pay of all public sector workers, apart from NHS staff, in 2021-22. Public sector pay settlements for 2022-23 and 2023-24 have yet to be agreed or imposed by the Government.