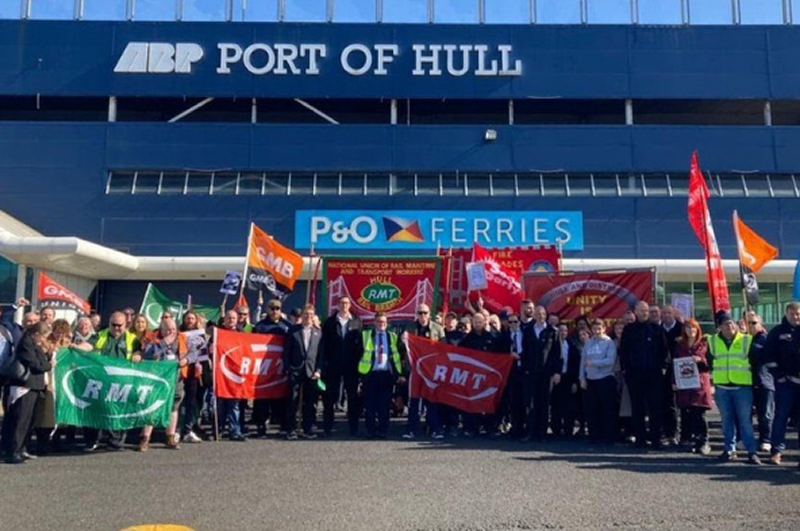 RMT is organising mass demonstrations at ports up and down the country, to show DP World and the government that public anger is growing over the sacking of 800 P&O staff.

Protests will take place in Liverpool, Hull, Larne in Northern Ireland Cairnryan in Scotland and Dover.

RMT general secretary Mick Lynch said: "The government and the Sultan of Dubai who owns P&O ferries, believe they can bunker down and ignore us.

"The British public is outraged by this injustice and understand that if these workers are not fully reinstated, the same thing could happen to them in their workplaces.

"Boris Johnson must act in the national interest, introduce emergency legislation to take over the running of P&O, reinstate our people and send a message to other gangster capitalists you are not welcome in this country."