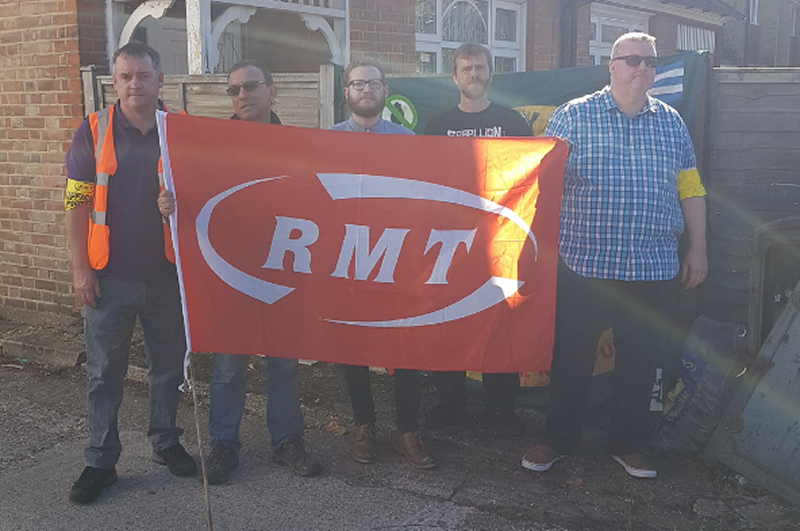 TUBE UNION RMT said that strike action by drivers on the Piccadilly Line is now underway and receiving the expected rock solid support from members after LU bosses wrecked ACAS talks yesterday by refusing to bring any new proposals or make any serious progress on the core issues at the heart of the dispute.

"Our driver members stand rock solid as the strike action gets underway in the fight for respect and justice in the workplace and a safe and supportive working environment on London's crucial Piccadilly Line.

"RMT is angry, frustrated and disgusted that tube bosses have wrecked the talks process this week by denying reality and refusing point blank to make serious progress on the core issues that have reduced industrial relations on the Piccadilly Line to a powder keg.

" That is a deliberate and irresponsible act by an LU management hell-bent on confrontation regardless of the impact on nearly 800,000 passengers a day on the main tube artery out to Heathrow Airport.

"The ball is firmly in management's court now but our members are sick and tired of being mugged off with bogus promises of improvements to the current dire industrial relations climate that never actually materialise. That position needs to change."