Pickets out this morning as FGW strike solid in all areas 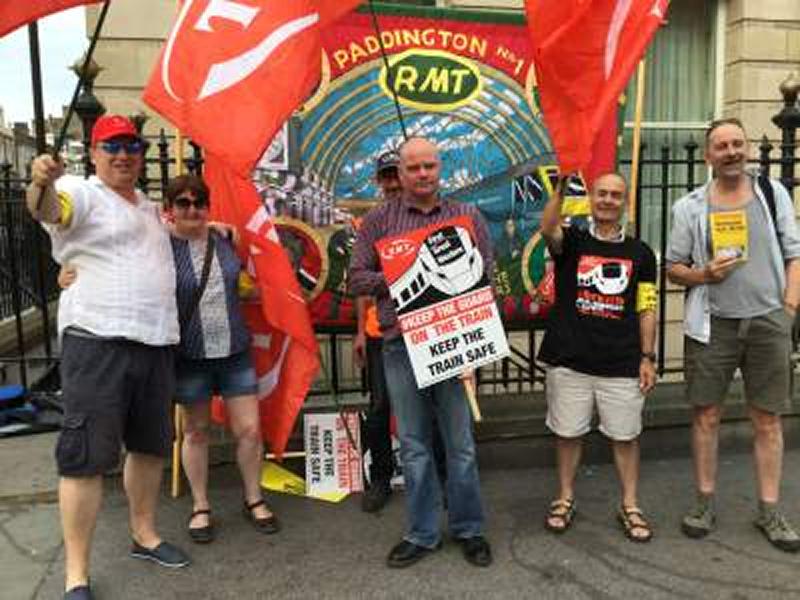 RMT pickets are out at all key locations this morning (picture from Paddington attached - credit RMT) as the strike action over the threat to jobs, safety and services is solidly supported across FGW with widespread disruption. 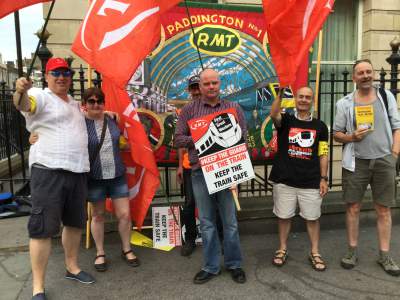 "The action today is being solidly supported across First Great Western and the union salutes the unity and determination of our members in this long-running dispute.

Although we have held many hours of talks with First Great Western we have not been able to make enough significant progress over the core issues at the heart of the dispute – drivers being forced to take over door and despatch functions which downgrades the safety-critical role of guards, removal of catering services and the threat to jobs among the train maintenance engineers.

The union remains available for further talks next week as we push for a fair resolution that protects jobs, services and safety‎."