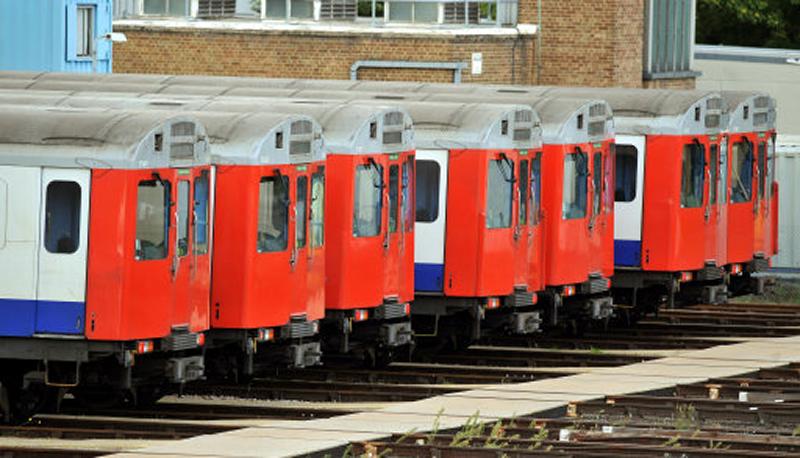 Detail in tender documents confirms green light to jam passengers into half the normal space in clapped-out tube trains on Northern rail services.

RAIL UNION RMT today called on the Government to stop lying as detailed information in the Northern Rail franchise documents confirmed that 30 year old tube trains withdrawn from service on London Underground, currently undergoing refitting to diesel operation, could be dumped on railways in the North as yet another rolling stock lash-up raising serious safety fears. The news exposes as complete fiction public statements from Government ministers that there are no plans to use the aging, decommissioned underground trains on the main railway.

Under the terms of the DfT tender documents, bidders may propose the use of “metro-style” rolling stock (ie old London Underground trains) that allows 0.25 square metres per standing passenger, rather than the 0.45 square metres generally assumed on the railway. This is just over half the amount of room allowed for passengers on the rest of the railway leaving the public to pay through the nose to be jammed into decommissioned and dangerous sardine cans.

Furthermore, these new “high density” carriages on Northern, with standing areas to “include door areas and vestibules, corridors and aisles” are a means of introducing a third class onto the services: “within a multi-vehicle unit formation there may be a mix of standard and “metro-style” configurations”.

The first of the D78 London Underground D-Stock train to be pulled from service has arrived at Vivarail’s Long Marston base and is undergoing conversion to diesel operation. RMT has also been tipped off that the DFT is looking at plans to convert the same decommissioned underground stock to overhead electric operation. The licensing restrictions have been lifted to allow them to be used anywhere on the UK overground rail network even though they are regarded by the union as unsafe and not robust enough to be taken out of the very specific London Underground working environment.

The RMT campaign, taking five key messages out to the travelling public, is continuing as the media focus homes in on the coming general election:

“Despite all the spin and bluster from Nick Clegg and his Tory puppet-masters we now know that passengers across the Northern Rail routes are being set up to pay through the nose to travel in half the normally acceptable space in what amount to clapped-out and unsafe sardine cans. Not only that but the door has been left open to introduce a “third class” layer of service which would lead to prosecution if you were shipping cattle.

“While George Osborne has been spouting a stream of rhetoric about a “Northern Powerhouse” the real truth is that the whole region can expect a sub-standard, bodged-up services for many years to come. RMT activists and our supporters in the community will continue to make the fight against the rail franchise carve up across the North a major issue in the looming General Election.

"Our message is clear, the fight to stop the outrageous attack on jobs, safety and services under the Northern and TPE franchise plans continues and the union is sending out the clearest possible signal to George Osborne, his Government and Rail North that they need to scrap this attack on transport operations and to cut the hot air about improving services when they are actually condemning the North to years of rail misery ."