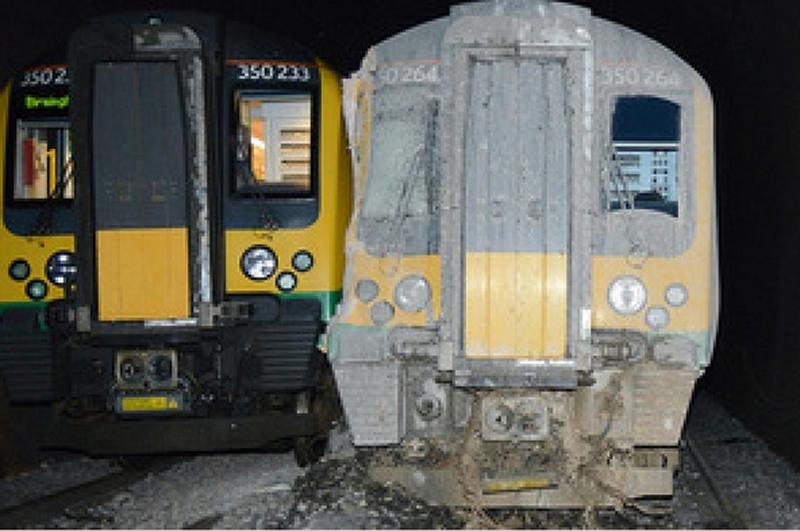 RAIB investigation into Watford derailment to look at key issue of staffing.

The Rail Accident Investigation Board (RAIB) has confirmed that its investigation into the collision and derailment at Watford on the 16th September will look at staffing issues with rail union RMT maintaining that the incident reinforced the safety-critical role played by the guards.
RAIB have said that the terms of reference into the incident will include:
“…….the actions of staff and performance of safety systems between the derailment and subsequent collision….”

RAIB’s interim statement confirms that the driver of the derailed train was effectively trapped in his cab. Although he was able to make an emergency call he was then unable to assist. That left the guard solely in charge of the passenger welfare. She looked after the two injured passengers and then escorted the paramedics when they arrived.

The union also maintains that had the driver been unable to make the emergency call to slow the northbound train, and the collision had occurred at 80 mph, then this could well have been a multi fatality incident.

RMT General Secretary Mick Cash said:
“It is becoming clearer and clearer that the role of the guard after the landslip at Watford, and the subsequent collision and derailment, was absolutely central to the safe de-training and evacuation of the train as the driver was effectively trapped in the cab.

“The union is pleased that the terms of reference into the investigation will include staffing and there must be no room for ducking the fundamental issue of the role that was played by the guards on board these trains.

“RMT is disappointed that we have had no response to date from Transport Secretary Chris Grayling to our letter last week calling for a halt to the axing of guards, including on Southern Rail, in light of Watford and the on-going investigation. There can be no compromising of safety on Britain’s railways.”

At about 06:55 hrs on Friday 16 September 2016, a southbound passenger train was travelling at about 70 mph (112 km/h) on the up slow line of the West Coast Main Line, when the leading carriage was derailed by a landslip just before entering the northern portal of Watford tunnel. The train stopped in the tunnel, partly blocking the adjacent line. About two minutes later, it was struck a glancing blow by a northbound passenger train which did not derail. Two passengers suffered minor injuries. Both trains suffered significant damage, including the cab to saloon door on the derailed train becoming jammed.
The southbound train was the 06:19 hrs service from Milton Keynes to London Euston, comprising two four-coach class 350 electric multiple units; a total of eight coaches. The northbound service was the 06:34 hrs service from London Euston to Birmingham and was formed by one four-coach class 350 unit. The two trains were carrying more than 150 passengers who were transferred onto another train which took them from the tunnel at about 10:40 hrs.
The driver of the southbound train used an emergency facility on the train’s in-cab radio to alert other train drivers. The driver of the northbound train received the emergency stop message via his in-cab radio and applied the brake, slowing the train from 80 mph (129 km/h) to 32 mph (51 km/h) before the collision."