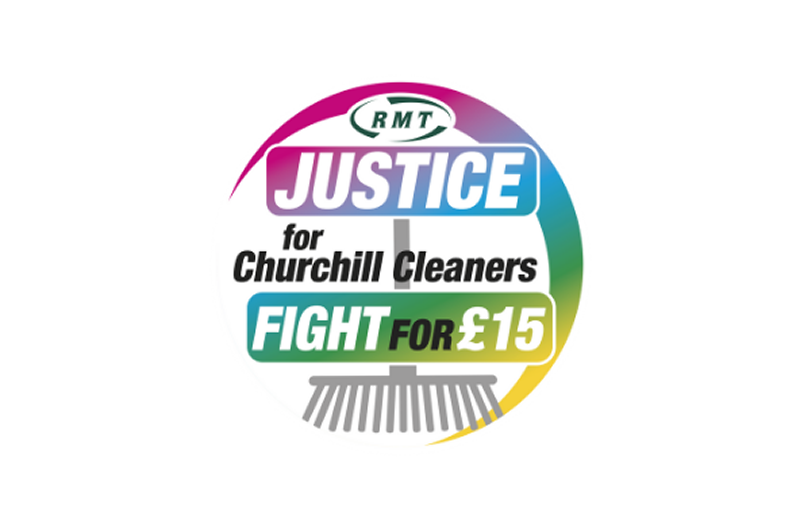 Hundreds of heroic rail cleaners who have kept trains running throughout the pandemic will begin strike action tomorrow as part of their fight for pay justice.

The cleaners, who are all employed by the outsourcing company Churchill and have worked throughout the Covid-19 crisis to clean trains and stations on Thameslink, Southern and Great Northern, Southeastern, Eurostar and HS1 services, will walk out for a 24 hour strike in the largest such action by rail cleaners yet.

The cleaners will also be taking their message to Parliament, holding a rally opposite Old Palace Yard at 1045am where they will be joined by MPs and other supporters.

“The rail industry make a lot of noise about how important they think cleaning is, but the reality is that they and the government turn a blind eye to gross exploitation by outsourcing companies like Churchill. This is a company that is handing out dividends, while paying cleaners poverty wages and refusing to pay sick pay when they get ill. These unprecedented strikes show that members have had enough and won’t take it any longer.
But the government also needs to wake up and listen to our members. The Prime Minister was right when he said cleaners do an ‘extraordinary job’, but as so often it’s just so much empty bluster. His government has done nothing but freeze pay on the railways while the cost of living crisis spirals out of control. Our demonstration outside Parliament will let MPs know that they days when cleaners could be ignored are over.”

1.            RMT cleaners will be rallying outside Parliament, opposite Old Palace Yard at 1045am on 23rd February, the day of their strike action.

3.            As RMT showed recently, Workers on the National Minimum Wage and the Real Living Wage are more than £1,000 worse off now than 12 months ago as a result of soaring inflation, according to new research published by the RMT. As RPI inflation reached 7.5% in December 2021 it meant that a worker on the National Minimum Wage would need £1,252 more a year to prevent a real terms pay cut while a worker on the Real Living Wage would need £1,395 more:https://www.rmt.org.uk/news/soaring-inflation-biting-into-low-paid-workers-wages/