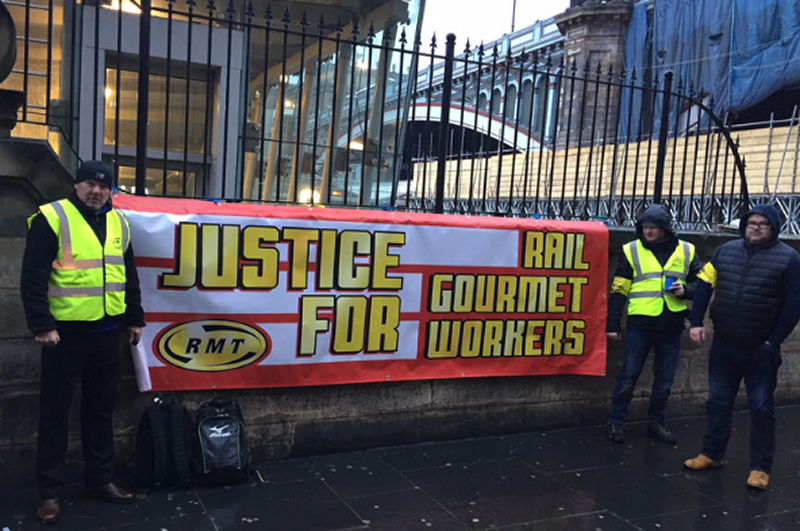 Rail union RMT has confirmed that Rail Gourmet members based at the Edinburgh Depot will be taking further strike action tomorrow - Tuesday 4th December - in a fight for workplace justice following a comprehensive breakdown in industrial relations. The staff work on the inter-city LNER contract.

Following a comprehensive YES vote in the ballot in favour of taking strike action and action short of a strike, and after previous action in October, RMT says that further strikes will go ahead as planned. The dispute centres around a number of concerns, namely:

Therefore, the union’s National Executive Committee has considered the matter and has instructed members to take strike action and not to book on for any shifts that commence between:

“This is a fight for workplace justice involving a crucial group of staff servicing the catering functions on LNER trains and they deserve to be treated with dignity and respect just like any other group of transport workers.

"It is clear that the only way we can get management to address these issues immediately is by taking further strike action.”