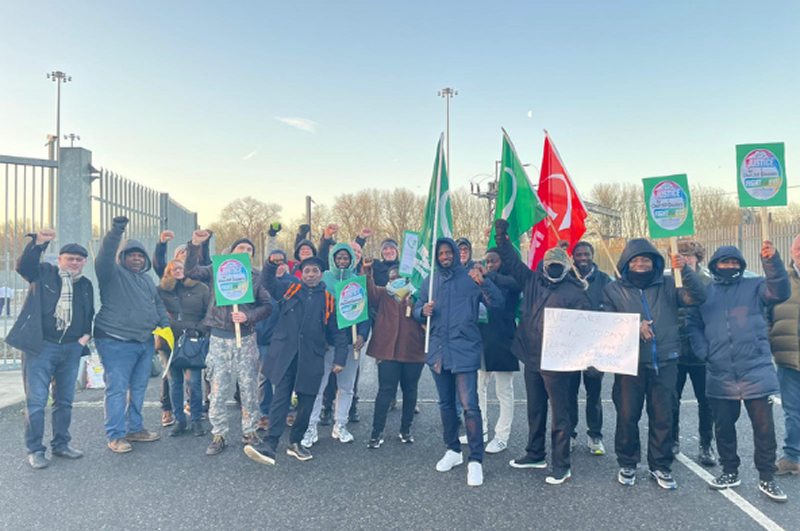 RMT members working on the West Coast mainline and for major train operators will take strike action on Saturday in a fight for pay justice.

Outsourced cleaners working for contractors Atalian Servest Limited, and Churchill are paid the bare minimum while their respective employers rake in profits worth millions.

Research by the union showed that last year Atalian Servest paid a dividend to its French parent company of £10.8 million a sum that would pay for more than 300 cleaners to get a pay rise to £11 an hour 12 times over and £15 an hour three times over.

And Churchill made £39m profit in 2020 yet has refused to raise cleaners’ wages to £15 an hour from the derisory minimum wage that many are on.

RMT general secretary Mick Lynch said: "This strike by cleaners sends a clear message that our union will fight tooth and nail against super exploitative contractors who refuse to pay key workers properly.

"The fact that some of our members are on minimum wage with no right to company sick pay is a scandal.

"Not only should these companies cough what our members are owed, they should be stripped of their lucrative rail contracts and all outsourced staff bought back on the railway as direct employees.

"RMT will not rest until pay justice is achieved for our members."

Our report on Churchill cleaners details members testimonies and how low pay has forced many into poverty - https://bit.ly/35LUf4R

There are 2 EDM’s tabled in Parliament on our campaign for pay justice for cleaners. Click here for and here for details.