RMT accuses GTR of playing for time over timetable chaos 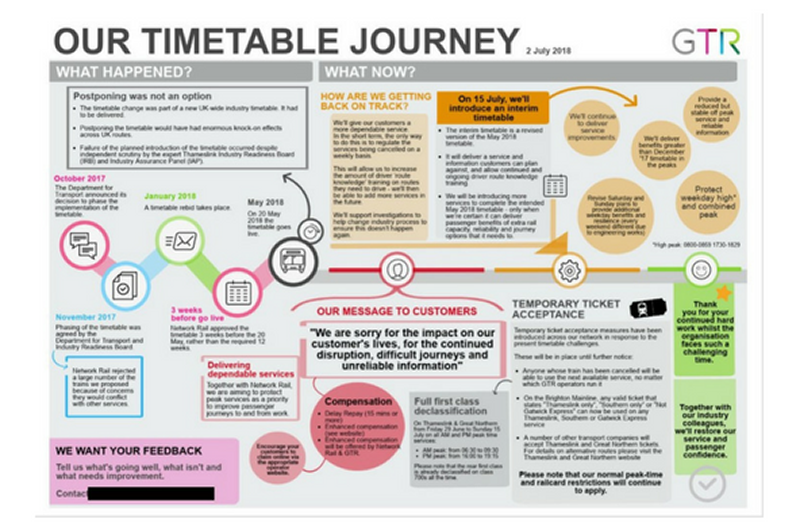 RMT accuses GTR of playing for time over timetable chaos as it produces it's latest pack of excuses.

RAIL UNION RMT has accused basket-case private rail operator GTR of "playing for time and treating passengers and staff like a bunch of mugs" as the company produced a well-resourced barrage of propaganda and excuses yesterday evening and this morning that attempt to blame everyone but themselves for the chaos and misery they have unleashed.

A grotesquely patronising document titled "Our Timetable Journey" - attached- takes the blame game to a new level with a Janet & John approach to the on-going crisis which will only inflame the situation on the ground.

In an open letter, Nick Brown, Chief Operating Officer, implies that the company not only continue to enjoy the full support of Chris Grayling and the Government but he also claims that the current scandalous level of service sits well within their secret contractual obligations and that they cannot be sacked. 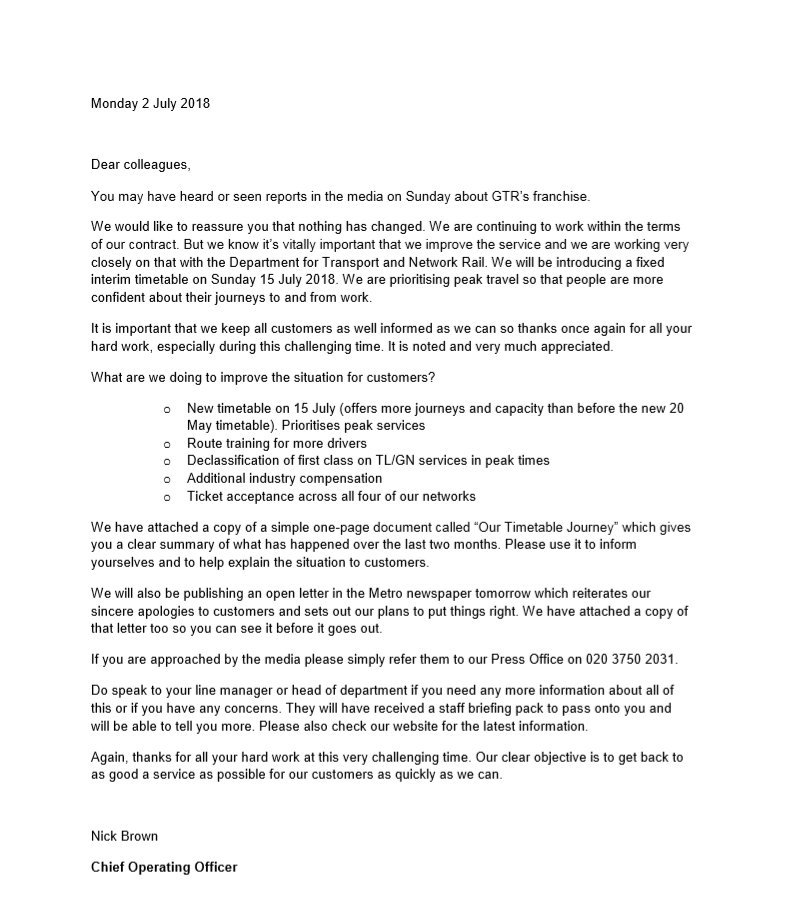 "GTR have taken the blame game to a whole new level in this barrage of propaganda which takes their passengers and staff for a bunch of mugs who can be fobbed off with any old garbage. It is unbelievable that they think they can get away with this patronising nonsense.

"It is is also extraordinary that the company are openly saying that they not only enjoy the full and continuing support of Chris Grayling but that their current scandalous level of service is well within their contractual terms. It begs the question of just who drew up this half-baked, rigged contract and will spark a major backlash when the travelling public find out.

"This carnival of chaos needs to end now and that means sweeping this bunch of clowns off our railway and bringing the services under public control. "