RMT action in defence of safety on SWR rock solid 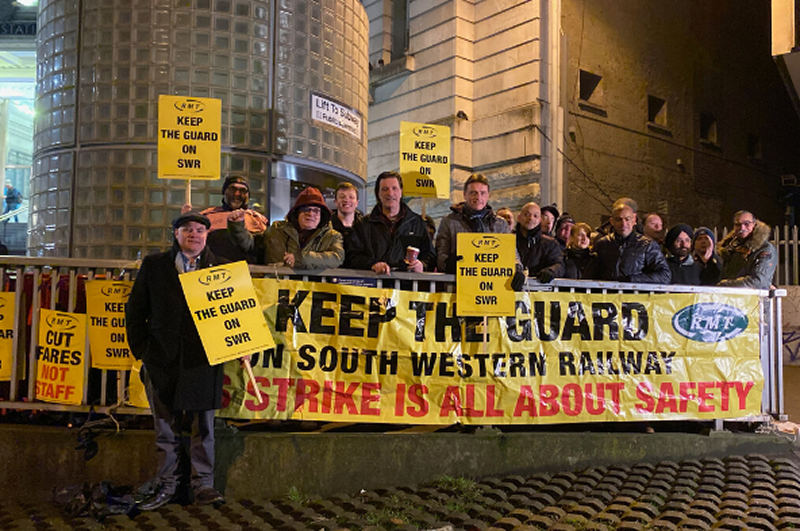 "‎RMT members are standing rock solid and united on South Western Railway this morning as we begin a full month of strike action in support of the safest method of train operation and despatch. This strike is solely about protecting safety and accessibility on SWR trains.
“RMT is angry and frustrated that a set of proposals that would have guaranteed the safety-critical role of the guard at the point of despatch, and which would have cost the company absolutely nothing, were kicked back in our faces last week. There is no rational explanation for the company position and we can only assume that either they or their paymasters in Government wanted this strike action to go ahead for politically motivated purposes.

“The union believes that cutting the guard out of the despatch process reduces the second person on the train to little more than a passenger in the longer term which would give the company the option of axing them all together at some point down the line. The stakes could not be higher.

"Instead of spending a fortune mobilising an army of under-trained and potentially dangerous Contingency Guards the company should be back round the table with the union concentrating on reaching the negotiated settlement that is easily within grasp, which they committed to verbally in earlier talks and which would cost SWR nothing."
‎
Ends