RMT action on DLR united and determined this morning 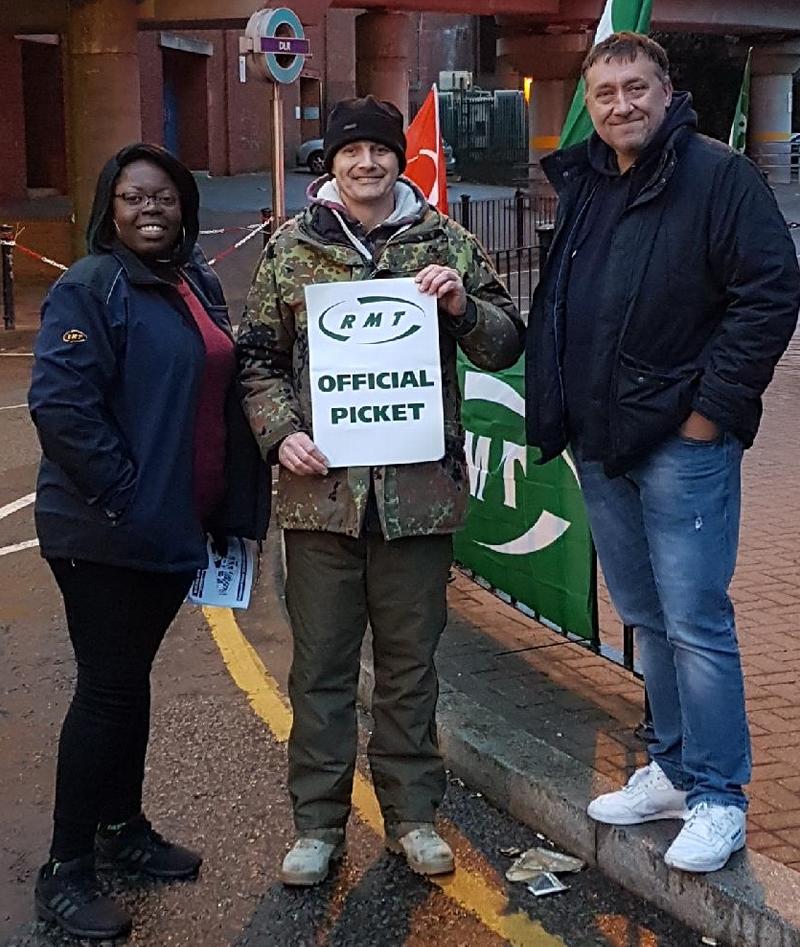 "‎Our members are standing united and determined on DLR this morning in a dispute that is about ending the undercutting of jobs and conditions through outsourcing, ending the abuse of procedures and defending the basic principles of workplace justice.

"The union has serious safety concerns about the ad-hoc and highly limited service that KAD have been able to cobble together this morning through a combination of a few scabs and an under-trained group of managers. Instead of running risks and cutting corners ‎the company should be negotiating a settlement to this dispute.

"It is now time for the London Labour Mayor to wake up and start taking this dispute and the abuse of this key group of London transport staff seriously. He should be demanding that his contractors get back round the table, take on board the workplace issues at the heart of the strike and agree a settlement that values and respects the DLR workforce."