RMT action on SWR "solid and determined" on fourth day 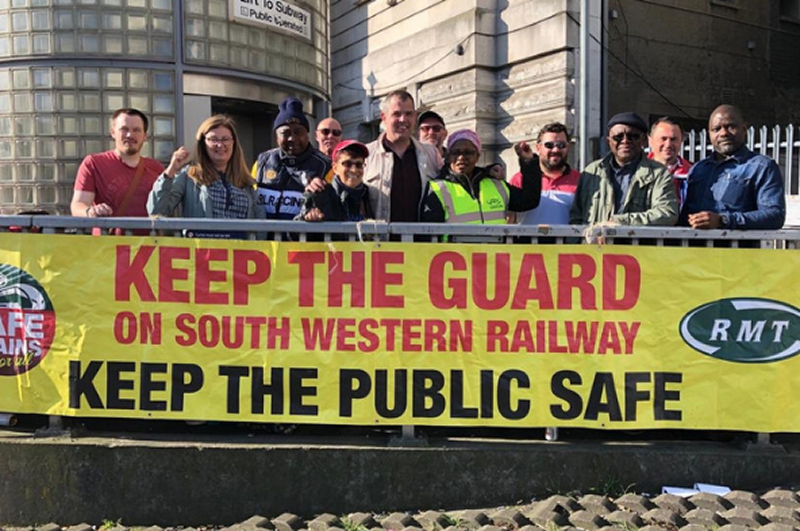 Rail union ‎RMT said that members stand "solid and determined" on the fourth of five days of strike action in the on-going fight for safe operation and the defence of the safety-critical role of the guard on South Western Railway.

The union has accused SWR of doing nothing to resolve the core issues and of treating the whole dispute, and the deep-seated concerns at the heart of it, with complete contempt.

"Our members on SWR have once again proved their resilience and determination throughout this week's action and it's ‎now time for the company to get out of the bunker, stop stalling and start talking seriously with the this trade union about safe methods of operation that respect the crucial role of the guard on their trains.

"I am making it clear that if we have to put on further action in the cause of rail safety then that is what we will do. The ball is in the company's court and it's about time they started putting the safety of the travelling public before their own private profits."