RMT action "solid and united" this morning on Southern Rail 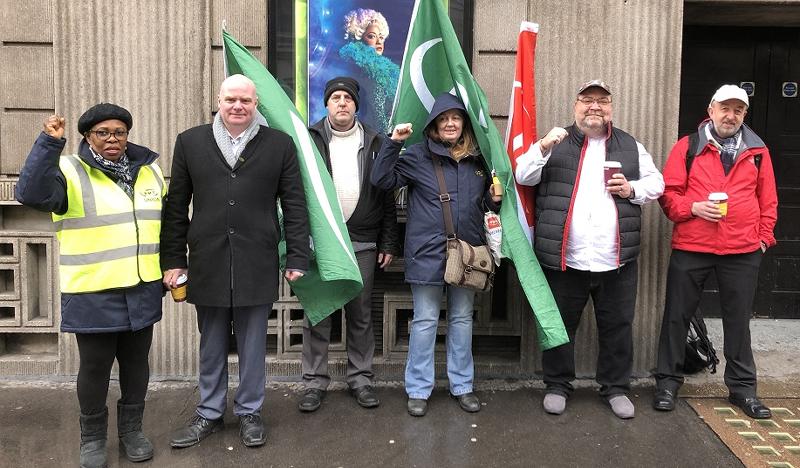 "Our members stand solid and united again today in the fight for passenger safety and access on Southern Rail in Britain's longest-running industrial dispute.

"The sheer grit and determination of our members on Southern to put public safety before private profit over the past two years of this dispute is a credit to the trade union movement and the communities they are standing up for."

"‎We are now receiving regular reports of trains running without a guard or OBS on board on Southern Rail and of disabled passengers being denied support and access and the routine safety of passengers being compromised.

"The scandal of Southern Rail cannot be allowed to continue and GTR should get out of their bunker and get back round the table with the union."