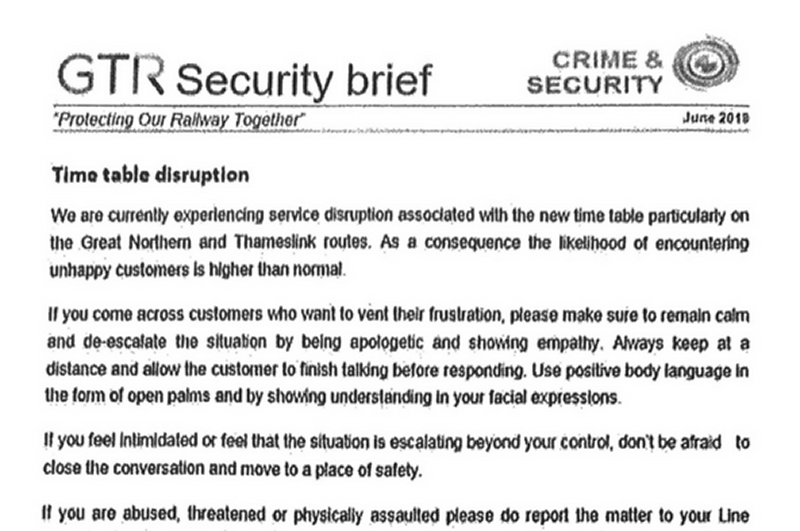 ‎RAIL UNION RMT is once again calling for Transport  Secretary Chris Grayling to step down as a new leaked Govia Thameslink Railway (GTR) briefing on crime and security reveals the dangers to staff from rail chaos.

The document warns that during the current rail chaos:  “the likelihood of encountering unhappy customers is higher than normal”.

“If you are abused, threatened or physically assaulted please report the matter to your manager or British Transport Police...

The briefing  goes on to say: “I do recognise the current situation is far from ideal and the Crime and Security Team will do all we can to support our colleagues on trains and stations.”

“This notice issued to GTR to staff shows the reality of Grayling’s railway.

“That such a notice has had to be issued at all demonstrates the daily danger that staff are being put in as a result of Grayling’s incompetence. If putting railway staff at risk in this way is not a reason to resign then what is?”