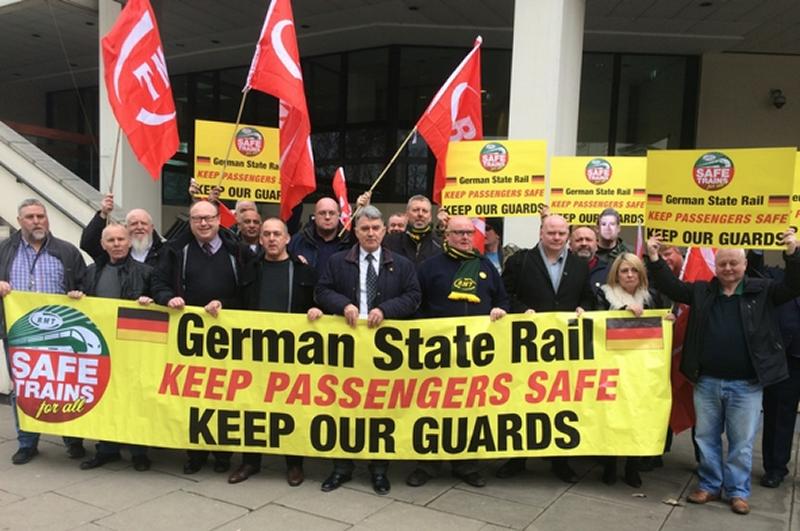 RAIL UNION RMT lobbying the German Embassy in London today on the first anniversary of Northern members striking to save the role of the safety critical role of a guard, before handing over a letter to the ambassador about the dispute.

RMT is demanding that the German state end their profiteering on UK railways through their rail operation Arriva, which runs the Northern Rail franchise, and is helping to drive the moves to axe guards on the service. 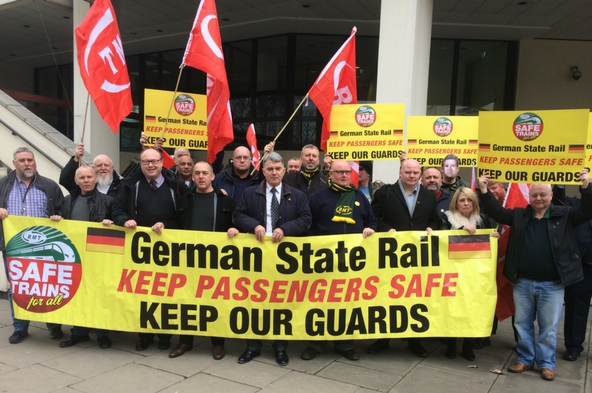 “Today's lobby of the German Embassy has made clear the demand that the plundering of Britain’s railways, and the axing of safety-critical guards on our trains, must be called to an immediate halt.

“RMT members on Northern Rail have fought to put public safety before private profit for a year now and this lobby of the German Embassy has taken that message to the doorstep of those who could very easily assist in brokering a fair and lasting solution that puts safety first.”