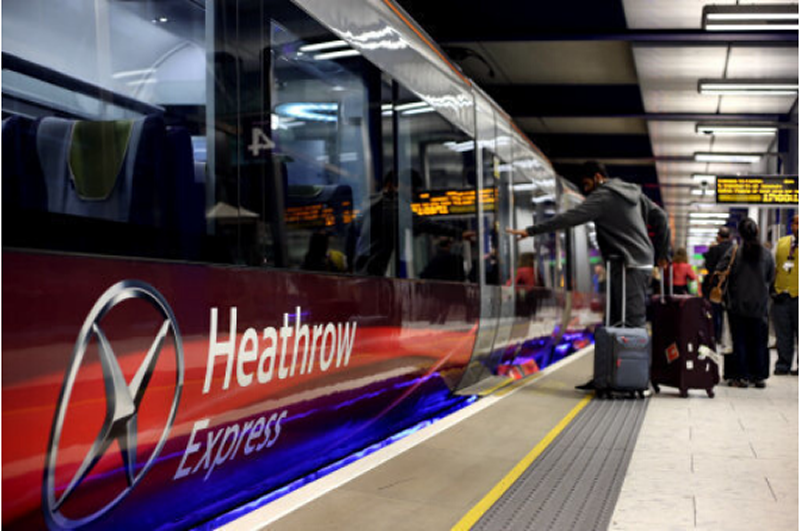 RAIL UNION RMT said today that it has begun a ballot of members on Heathrow Express for industrial action after workers who are currently furloughed due to the Covid-19 crisis were threatened with unemployment by the company.

The threat to slash more than a hundred jobs within the Mobile Sales Advisor (MSA) and Customer Concierge roles comes alongside the company’s proposed reorganisation of the grades.

Heathrow Express management have indicated that they plan ‘a loss of 123 posts within these job roles to reduce costs throughout the business in order to keep it viable and to reduce the need to make any compulsory redundancies.’ RMT says that this is a wholesale abuse of the Government’s taxpayer-funded job retention scheme which is supposed to protect jobs through the pandemic crisis not be used as a platform to launch wholesale redundancies and cuts to working conditions.

“RMT is appalled that under the cover of the Covid-19 crisis, which has seen Heathrow Express workers furloughed, management have chosen to put a gun to our members heads demanding they accept a total reorganisation, including moving half the workforce onto part-time contracts, or face unemployment.

“The union is demanding the immediate withdrawal of both reorganisation and redundancy proposals to allow collective bargaining to take place without the threat of unemployment. It is an abuse of the governments job retention scheme to take the taxpayer money whilst at the same time cooking up plans for jobs carnage.

“We have declared a dispute with Heathrow Express and have begun balloting our members for industrial action.”