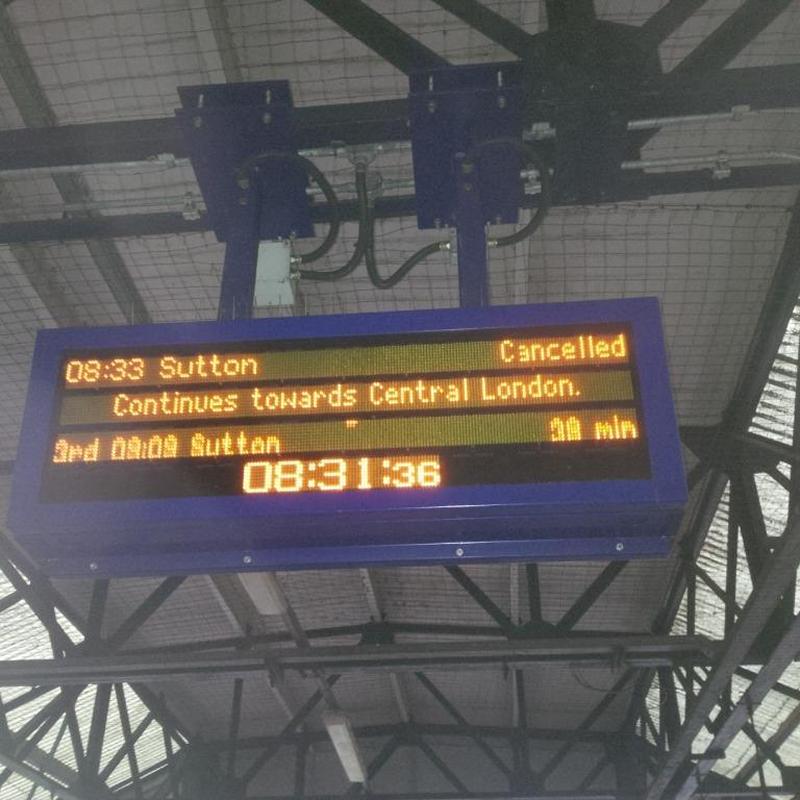 RMT calls for action after another morning of chaos on GoviaThameslink - Britain's biggest and worst performing rail franchise. 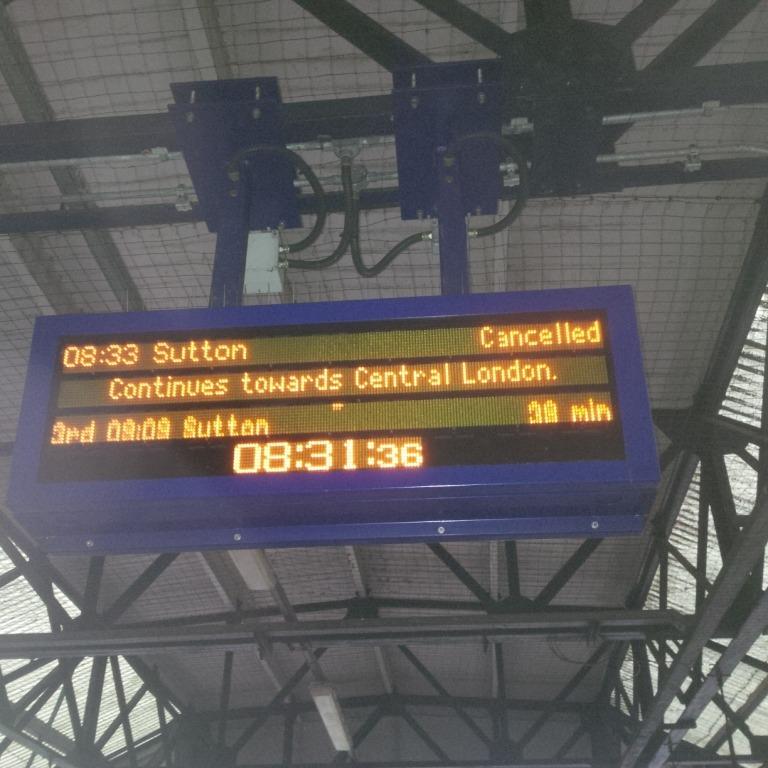 Rail union RMT today demanded that the Government take action to cancel and nationalise the basket-case Govia Thameslink franchise after another morning of chaos for commuters that has seen services cancelled at short notice and massive delays elsewhere - see picture attached.  The cancellations were blamed on "congestion."

At the weekend a much-hyped new timetable on the Great Northern part of the operation got off to the worst possible start with cancellations as appalling workforce planning left the company desperately short of drivers.

A ballot result of conductors on the Southern Rail arm over staff shortages and appalling working conditions is due later today.

"Surveys of passengers show that the Govia Thameslink franchise has the lowest satisfaction results and the continuing chaos this morning piles on more misery while the franchise holders, who promised the earth when they won the contract, are laughing all the way to the bank.

"Even more galling for passengers paying through the nose for this lousy service is the fact that those profits are being used to subsidise rail travel in France.

"Meanwhile the expanded franchise are looking to hammer down on jobs, and staff working conditions,  as they look to milk the system for every penny they can get.  That is right at the root of all of the current problems.

"Gatwick Express has been the most recent addition to this, the biggest rail franchise in Britain‎, and has been undermined by the company from the off.

"The only solution is to recall this mega franchise and take it into public ownership while there is still a chance to turn it around."