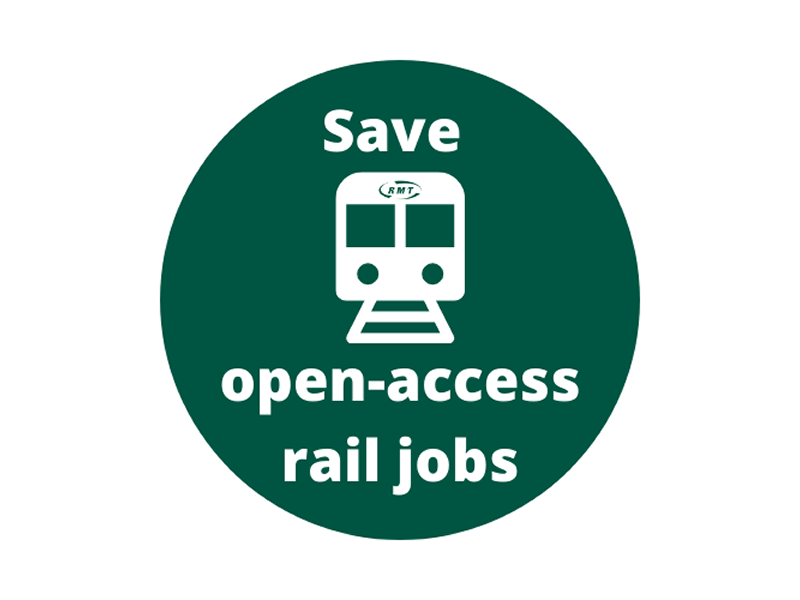 RAIL UNION RMT today called for guaranteed long term Government support for Britain's open access rail services after it was confirmed that both Grand Central and Hull trains will be suspending all services from later this week in response to the latest Government lockdown.

RMT has warned that the open access operators have become the poor relation in terms of support for the rail sector, denied the guaranteed financial support underpinning the franchise holders, leaving staff living on a knife edge with no security.

RMT has mobilised a campaign in their support with an all-party Early Day Motion (see notes) and a public petition pushing on towards 6000 signatories.

‎”RMT is calling for more government support for these essential services between Humberside, West Yorkshire, the north east of England and London consistent with statements about levelling up the country.

“We are talking about the long term future of important transport links to the north backed by the 5,800 people who have signed an RMT petition calling for government support for the services provided by open access operators.

“RMT is building political support behind the House of Commons early day motion which has been signed by members of all parties including the Tories and we will do everything in our power to secure the futures of the staff working on Hull Trains and Grand Central.”

The petition can be found at:

The Early Day Motion can be found at: