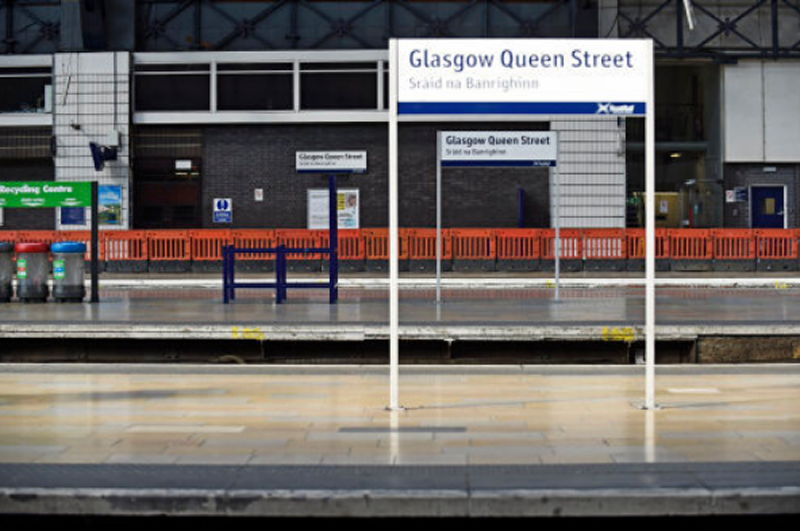 RAIL UNION RMT is calling for a stop to proposed cuts at Glasgow Queen Street’s ticket offices in the station’s travel shop.

Glasgow Queen Street station, which is Scotland's third busiest railway station, has been in redevelopment for some time. Prior to the redevelopment, there were six ticket selling windows in the station travel shop – however, Abellio Scotrail's plans for the new station include just two open plan point of sale 'pods'.

RMT has serious concerns about the security and health and safety implications of the new layout, which are particularly pertinent since the outbreak of Covid-19.

“Across the UK's railways, train companies are attempting to cut station staffing, and Abellio Scotrail is no exception. In fact, the company's latest accounts show that the number of station staff has decreased by 25% since the company took on the franchise.

“RMT intends to fight the proposed changes at Glasgow Queen Street with all the means at our disposal as we believe this is an attempt by the company to cut staffing costs and force passengers to use Ticket Vending Machines and online ticketing rather than getting expert advice and information from the travel shop.”

Notes to editors
A motion has been tabled in the Scottish Parliament by supportive MSPs. The full text of the motion can be found here.