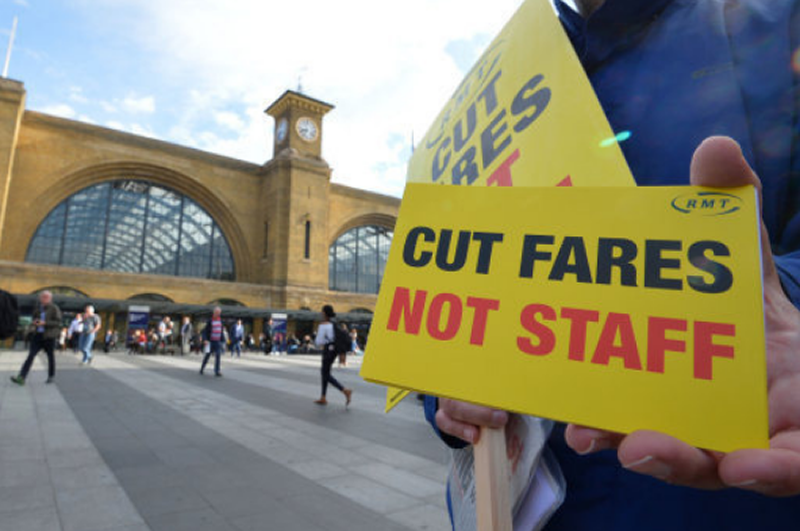 Rail union RMT today called for an immediate halt to the axing of guards and de-staffing of stations as new figures just released by the BTP show a shocking 17% increase in violence on Britain's railways.

The figures, backed up by hard evidence released by RMT in a survey of guards this morning, show massive increases in sexual assaults, violence and robbery.

"These shocking figures show that is nothing short of criminal negligence on the part of those rail companies that have axed guards and de-staffed stations‎ in the drive for profits. RMT has warned that they would be turning our railways into a criminals' paradise and they have ignored us. Those private rail companies should be hanging their heads in shame this morning.

"No one knows better the impact on passenger safety and security than front line staff and it is frankly disgusting that operators like Northern and SWR, where RMT members are striking for safety again this weekend, have ignored the warnings and have  ploughed ahead with their dangerous ‎and toxic plans to axe guards on their trains.

"The de-staffing of Britain's violent and dangerous railways gives a green light to the muggers, sexual predators and racists and should be halted and reversed immediately."