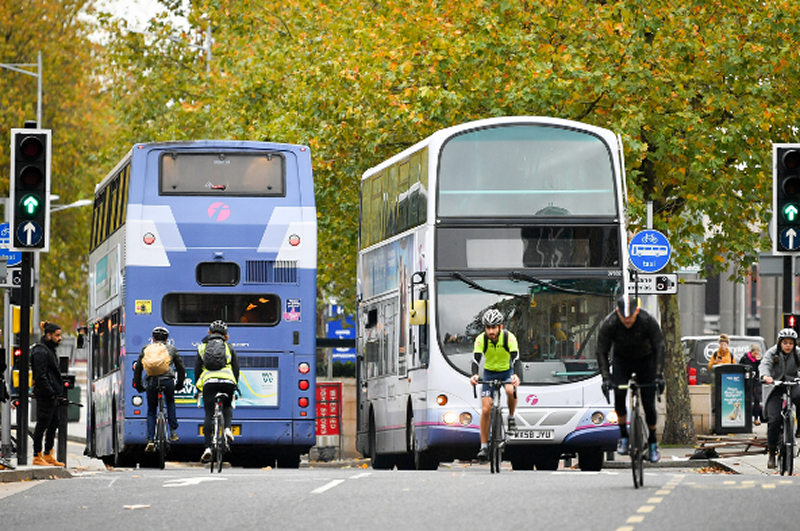 Commenting following the full publication of ‘Bus Back Better – National Bus Strategy for England’ which commits the Government to a review of the ban on local authorities setting up new municipal bus companies, RMT General Secretary Mick Cash said:

“The Government has now published its full National Bus Strategy, which commits to a review of the ban on local authorities in England setting up new municipal, publicly owned, bus companies. RMT questions why this was not referenced in the Government’s initial announcement.

“RMT has long campaigned for the illogical ban on local authorities setting up publicly owned municipal bus companies to be overturned. It is a victory for this campaigning that the Government has finally acknowledged that this ban is ‘ripe for review’. The Bus Strategy acknowledges that ‘bus services have been in decline for a long time’ and RMT believes this is a direct result of the deregulation and privatisation of the sector in the 1980s, which also prohibited the establishment of new municipal bus companies.

“However, we need more than just a review, we need radical, meaningful action from Government to ensure that local authorities are able to provide affordable and reliable bus services to their community via a publicly owned municipal bus company. It has been estimated that municipal bus operation in Britain, outside London, could save over £500m a year and this money would be far better spent on improving and expanding services than lining the private operators’ shareholders pockets. The Government cannot delay action on this any longer.”

Notes for editors
Transport for Quality of Life has estimated that ‘ The total gain from municipal operation would be of the order of £506 million per year in Britain excluding London’ - Building a world-class bus system for Britain -  https://www.transportforqualityoflife.com/u/files/160120_Building_a_world-class_bus_system_for_Britain_FINAL1.pdf