RMT calls for safe rail for all 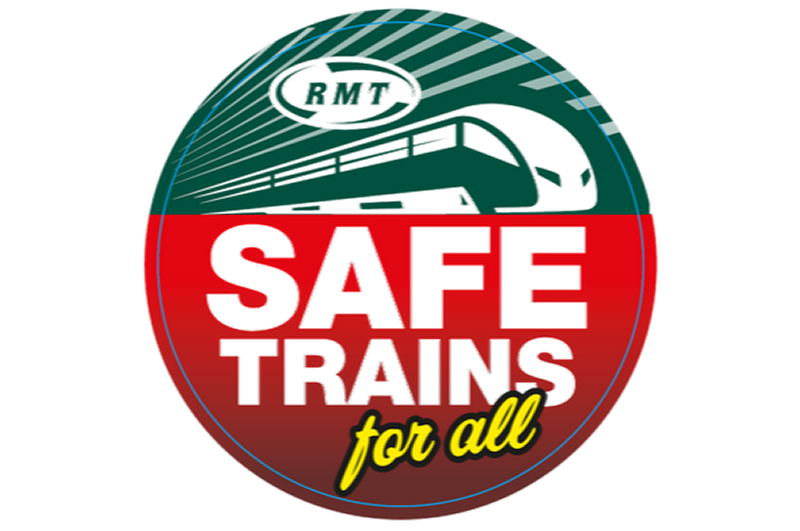 TWENTY YEARS after 31 lives were lost in the Ladbroke Grove rail disaster, Britain’s biggest rail union says that Government policy is in danger of dragging the railways closer by the day back towards the same poisonous cocktail of conditions that lead to that tragedy on the 5th October 1999.

Ladbroke Grove was one of a number of disasters under the watch of the privatised Railtrack that led to its abolition and the creation of the publicly-owned Network Rail. However, RMT is warning that a return to casualisation, a myriad of contractors and sub-contractors, long-hours and fatigue – all driven by a cuts and austerity environment on the railway – is in danger of turning the clock back.
RMT General Secretary Mick Cash said ;

“RMT will never allow those responsible to forget that it was the creation of the privatised Railtrack, and the drive to cut corners in the name of profit, that led to the disaster at Ladbroke Grove and the wholly preventable loss of life. It remains a national scandal that those who created the conditions that led to Ladbroke Grove were able to skulk away without prosecution.

“Privatisation, fragmentation and a complete absence of corporate responsibility were at the heart of the Ladbroke Grove tragedy and now, in 2019, the Government, through their drive for cuts, are dragging us right back to that same toxic mix. The proliferation of private agencies and contractors, often employing casual staff on zero hours contracts, and the constant talk of re-privatising infra-structure in association with the greedy train companies is rapidly dragging us back to the edge.

“In addition, the Cullen Inquiry into Ladbroke Grove highlighted the safety critical role of the guard and yet we are still having to fight the battle to halt the axing of the guards from our trains and the move to driver only operation in a lethal operation driven by a combination of pure greed and political ideology.

“If the Government think that RMT will stand back while they ignore the lessons from the recent history on our railways then they should think again. RMT will use every tool at our disposal to both fight the current cuts and to demand the total renationalisation of our railways where the vast sums sucked out of the system in profits are re-invested in safe rail for all.”