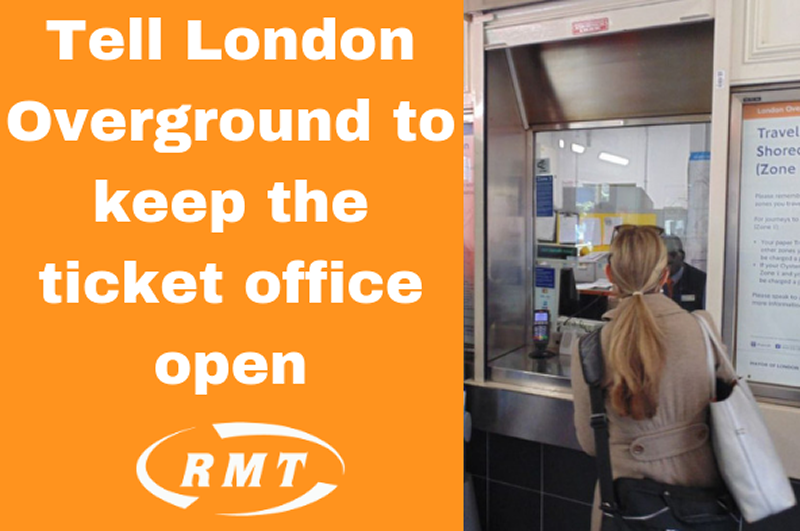 ON THE day that rail union RMT holds a day of action across the Capital against plans to axe 51 London Overground ticket offices it has revealed that reported incidences of violence against the person have increased across the operation by a staggering 47.1% in the past year - a shocking figure that the union says should force Mayor Sadiq Khan to halt the planned closures immediately.

Whilst a recent TFL board report confirms “Measures have been put in place to deal with the upward trend in violence / serious public order offences seen on some rail modes, most notably LU, DLR and the LO networks” RMT is reinforcing the message today that that these services lack guards and the rise in crime on the Underground has surged since the ticket office closure programme was implemented despite union opposition. RMT is calling on the Mayor to call off the TFL de-staffing plans, proposals that the union says are nothing but a criminals’ charter as violent crime surges.

Having reviewed all the London Overground stations RMT also found that the main point of refuge and safety was the Ticket office or the staff cabin. These areas have a panic button, landline, CCTV, first aid supplies and a secure lockable door. The union says that closing them would be an act of criminal negligence by TfL.

Mick Cash, RMT General Secretary, said;
"The violent crime figures we have released today for the London Overground operation are truly shocking and certain to get even worse if the proposed closure of 51 ticket offices goes ahead. RMT has warned for years that cuts to staffed services would turn the transport network into a thugs and criminals paradise. We have now witnessed the surge in crime on the Underground and with violent crime on transport services in the capital out of control it is grossly negligent to close ticket offices which are often the only places of safe refuge available on the London Overground network.

“I am calling on Mayor of London Sadiq Khan to oppose this retrograde plan for wholesale closures in the strongest possible terms. Ticket offices play a crucial role at train stations. London needs to greet its passengers, visitors and tourists not with a machine, but a welcoming and friendly ticket office who can provide a full range of services.

1. A campaign page on the RMT website allows supporters to send an e-mail direct to London TravelWatch opposing the station closures.

2. RMT will be handing out postcards at stations today – Weds 3rd October – urging passengers to register objections to the closures. 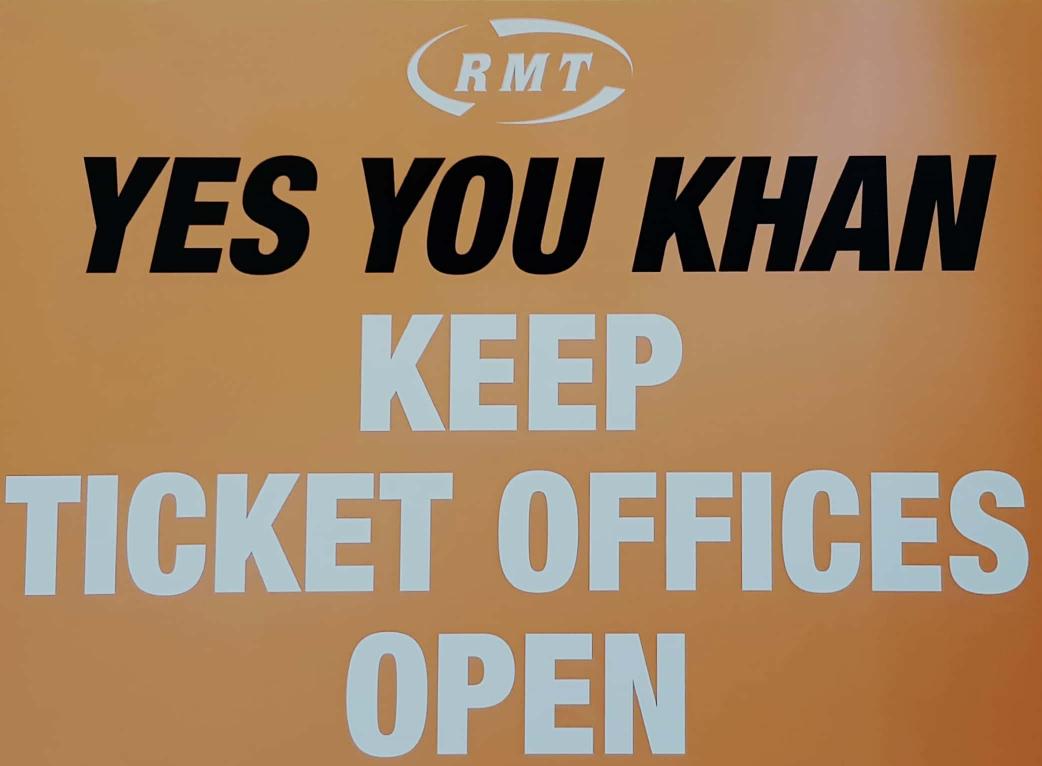 3. The TFL violence report can be found here:
http://content.tfl.gov.uk/crime-and-antisocial-behaviour-bulletin-q11819.pdf

4. If these changes go ahead RMT believes that passengers:
• May not be able to access all the tickets and services needed from a ticket machine
• Find it harder to obtain advice on tickets and fares
• Would be frustrated that there were insufficient numbers of ticket machines
• Would experience more delays and concourse congestion
• Who are disabled, elderly and vulnerable may be less confident using a ticket machine and may end up overspending or being deterred from travelling; and
• That by leaving stations understaffed and sometimes unstaffed it will make it harder to provide a safe and secure environment — especially with CCTV left unmonitored.