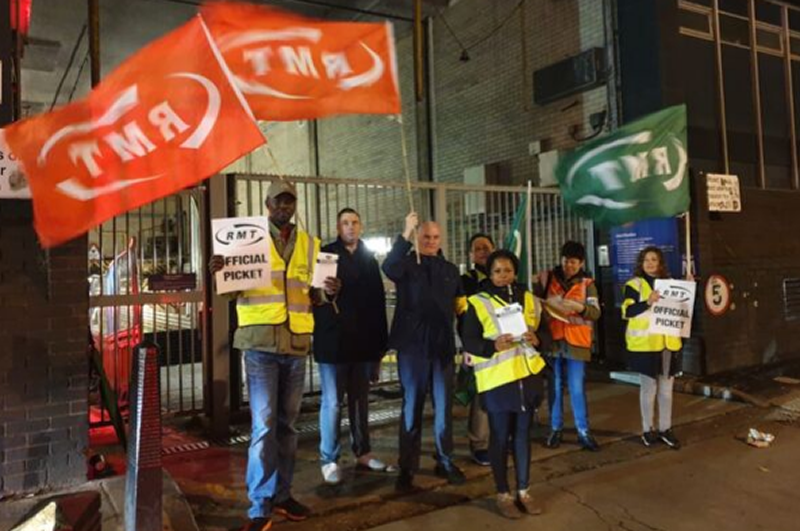 On second day of Scottish Sleeper strike shutdown RMT calls on SERCO to "get out of the trenches and start talking."

On the second day of the Caledonian Sleeper strike action in a fight for basic workplace justice, rail union RMT has renewed the call for the contractor, SERCO, to  get out of the trenches, start talking and stop treating their staff with contempt.

RMT has also demanded that the Scottish Government get off the fence, start taking some responsibility and apply political pressure on the company to reach a fair settlement with the trade union.

"If SERCO thought they could continue to ignore their duty of care to the Caledonian Sleeper staff they should look at the total shutdown of their services as we enter the second day of this strike action and they should think again.

"It is frankly disgraceful that the Scottish Government have chosen to sit on the fence while staff on this important and prestigious rail link have been kicked from pillar to post. They should get off their backsides and start taking some responsibility.

"I want to pay tribute to our members who are standing firm on the sleeper services again today. They have refused to put up with appalling working conditions and have chosen to stand up for workplace justice in the face of a profit-driven employer. They are a credit to the entire trade union movement."