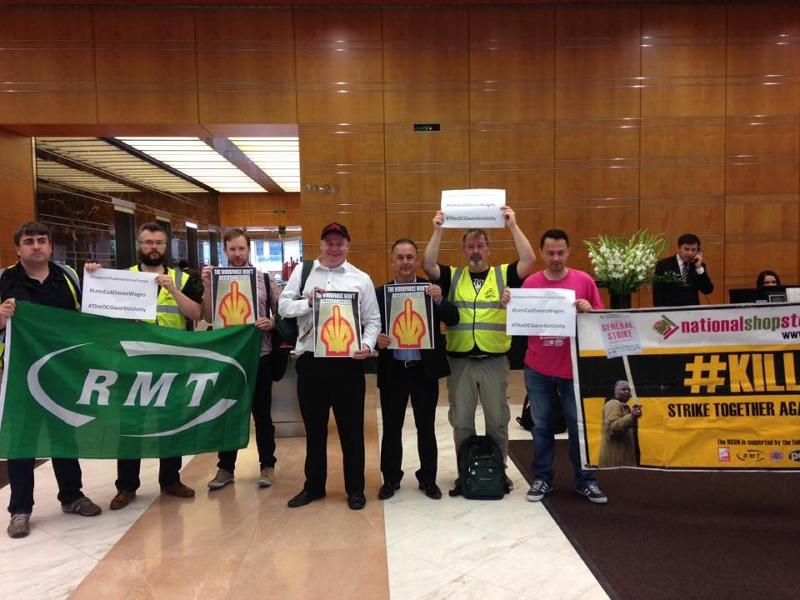 Campaigners at Canary Wharf occupying the Shell International offices in support of offshore strike that began this morning.

Campaigners occupying Shell Group offices in London in support of striking offshore workers at Wood Group on the Shell platforms who have begun strike action today after facing cuts to pay, jobs and safety.