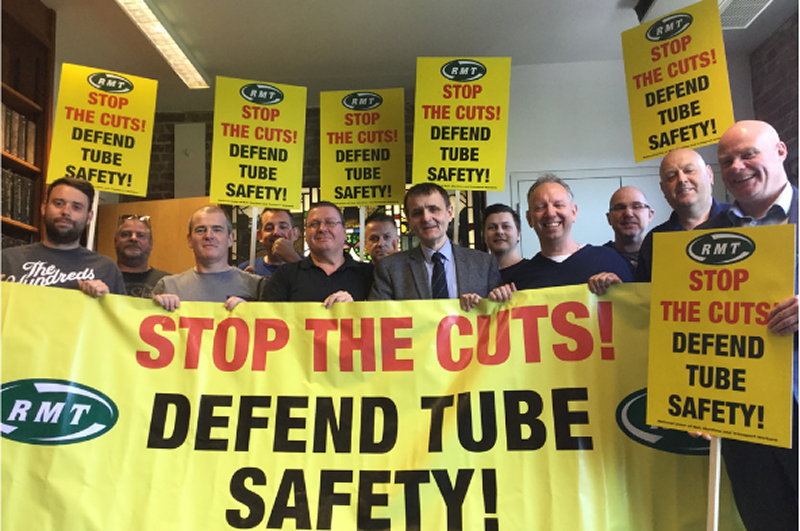 TUBE UNION RMT has announced a stunning victory for militant trade unionism, and has suspended strike action involving over a thousand tube fleet staff due to start on Friday, after London Underground confirmed that it is withdrawing all proposed cuts to train inspection and preparation – the issue at the heart of the dispute.

The workforce was due to protest at City Hall on Thursday, and strike for three days from 7am on Friday, but the union executive has suspended all action after receiving a letter from LU last night confirming that the cuts plan has been withdrawn in the face of the united opposition of RMT members from fleet depots across the Greater London area.

RMT General Secretary, Mick Cash said:
“First of all I want to pay tribute to London Underground fleet members who have proved once again that militant, united and determined trade union action can roll back the tide of cuts.

“This is their victory but it also a victory for the travelling public, the RMT campaign on tube safety and for basic common sense.

“It is a massive achievement for this union to overturn the planned cuts to tube train inspections and preparation but the campaign doesn’t stop here, not by a long chalk.

“We now expect London Underground to reverse the planned cuts to jobs under their “transformation” programme and give us an assurance that there will be no further attacks on our members, their working conditions and the safety culture on the tube network.

“Our action this week is suspended but RMT remains vigilant and will have no hesitation in taking whatever steps are required to block cuts and their consequences wherever and whenever they may emerge.”