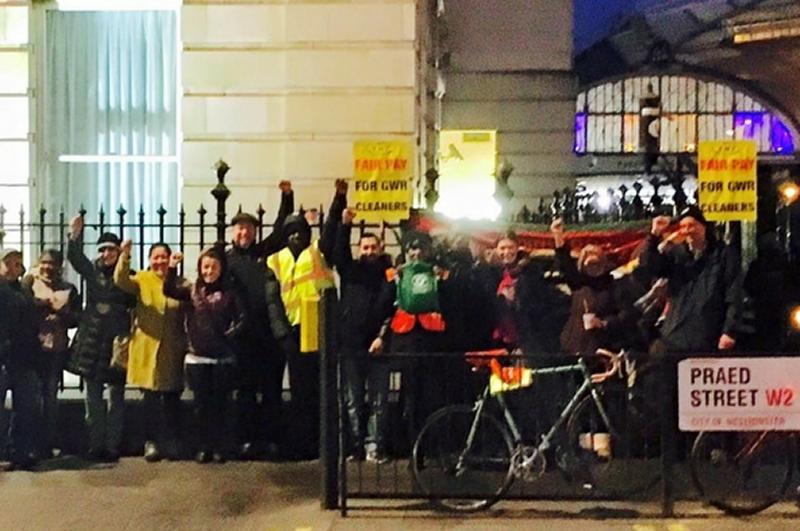 RAIL UNION RMT said today that the cleaners strike on GWR is rock solid. The strike action is over serious bullying, claims of discrimination and poverty working conditions on the GWR train cleaning contract operated by Servest UK.

The strike follows a ballot result where 98% voted for strike action.

“Our cleaners on GWR are to be congratulated on their solid strike action today.

“RMT’s cleaner members on GWR will not stand by while they are mercilessly exploited by privateers.

“GWR and Servest UK can bring an immediate resolution to this dispute by addressing the issues over pay and other grievances and starting the process of bringing these workers back in house so that they are on the same terms and conditions as the rest of the staff.”