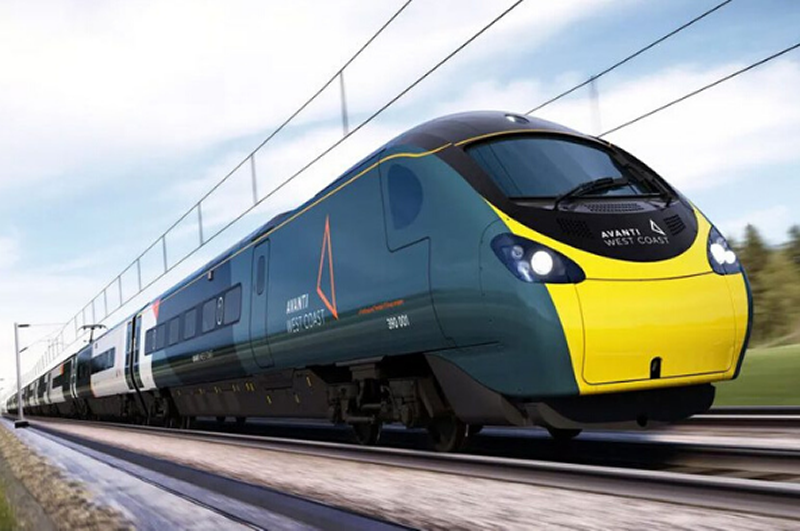 RMT condemns the Government’s plans to hand the West Coast Main Line to First Trenitalia for a decade of profiteering.

RAIL UNION RMT responded to the DfT’s announcement that it intends to award a decade long contract to First Trenitalia to run the West Coast Main Line, by calling for an end to its obsession with privatisation, and for the service to instead be taken into public ownership.

A Prior Information Notice issued by the DfT on 31 March 2021, stated the Government’s intention to directly award a contract for the franchise, which is operated by First Group and the Italian state railways, for up to ten years, four more years than it had initially planned, when the operator’s Covid Emergency Recovery Measures Agreement (ERMA) expires in March 2022.

RMT estimates that First Trenitalia could stand to make over £30m in management fees under its ERMA and initial Emergency Measures Agreement by March 2022, with this profiteering set to be cemented with a further decade long contract.

In contrast, the East Coast Main Line, LNER, has been successfully operating in public ownership for a number of years, with all surplus revenue reinvested in the rail network, rather than seeping out in profits to big business.

RMT is demanding that the DfT withdraw its ludicrous plans to hand the West Coast Main Line over to First Trenitalia for a decade of profiteering, and instead bring it back into public ownership as a matter of urgency.

“It is nonsensical that the Government is considering giving First Trenitalia the green light to operate and most likely profit from the West Coast Main Line for a whole decade, when the alternative, public ownership, has already proven to be effective and will provide far better value for money for passengers and taxpayers.

“Both the Welsh and Scottish have opted to bring rail passenger services into public ownership, yet the Westminster Government continues with its obsession with privatisation, serving only the interest of its big business cronies.

“If the Government is serious about meeting our climate change targets and building back better then it must put an end to this crony capitalism, and bring the West Coast Main Line, and the rest of the railway, into public ownership.”

Notes for editors
A Prior Information Notice (PIN) was issued by the DfT on 31 March 2021 which states the Government’s intention to issue a direct award for the West Coast franchise from 01/04/2022 for 10 years. This is an increase in contract length of 4 years from the previous PIN, issued in November 2020, which ‘had anticipated that the contract would have a duration of up to 6 years in total’.   https://assets.publishing.service.gov.uk/government/uploads/system/uploads/attachment_data/file/975228/west-coast-partnership-pin-leaflet.pdf
The West Coast partnership franchise is currently operated by First Trenitalia as Avanti West Coast. It is operating under a Covid Emergency Recovery Measures Agreement until March 2022 and the DfT has set out its intention to award new directly awarded National Rail Contracts following the expiry of the ERMAs.