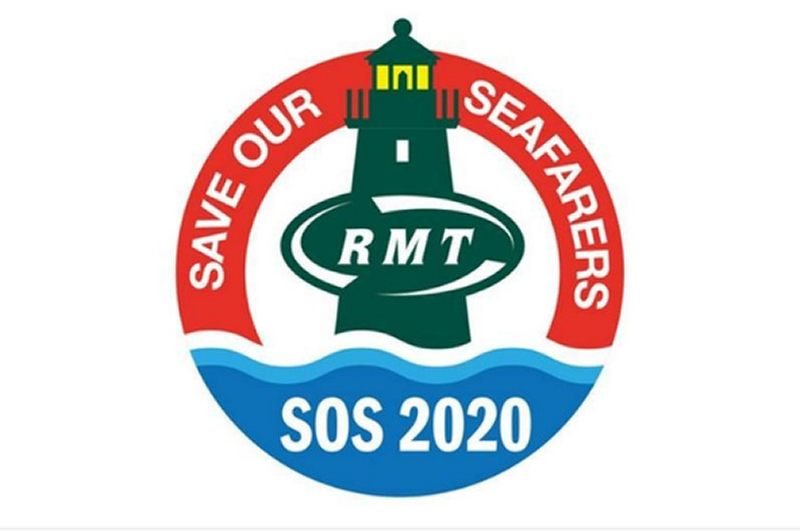 SEAFARER UNION RMT today responded to the start of London International Shipping Week by calling for action to end the appalling employment conditions for foreign seafarers working on ‘ships of shame’ in the UK shipping industry.

“Ratings working on Irish Sea routes for a basic rate of pay of €3.87 per hour are contracted to work 12 hour days for months at a time. Some Ratings in our industry are paid even less than this. Scores of shipping companies participating in London Shipping Week, from P&O Ferries to Seatruck and Irish Ferries use the low-cost crewing model on merchant ships of all classes, yet the subject is not up for debate.

“It is frankly scandalous that the taxpayer is supporting what amounts to speed dating for shipowners. UK Ratings numbers are in potentially terminal decline, yet the demand for Ratings is forecast to increase. My union’s priority is significant and sustained increases in UK Ratings numbers to meet that demand from industry and to offer young people in particular a career working at sea. We have made some modest progress with this Government on the National Minimum Wage for seafarers but we still await the introduction of legislation.

“Instead of tripping over themselves to indulge billionaire shipowners’ thirst for cutting labour costs and taxes, the Government must engage seriously with trade unions and the shipping industry over regulations to end the exploitation of seafarers and plans to increase jobs and training for UK seafarers on collectively bargained terms and conditions.”

1. LISW 2019 is a joint industry and Government event aimed at promoting and marketing the UK’s shipping ‘offer’ to the international shipping industry. Primarily, this is biennial event is designed to preserve the City of London’s share of the marine insurance, legal, ship broking, shipping finance and other maritime services markets.

2.RMT’s SOS 2020 campaign continues to call for a set of reforms to rectify the long-standing exploitation and injustices that merchant seafarers face in the recruitment and employment process.

3.There are over 80,500 Ratings working in the UK shipping industry. Nearly 58,000 (72%) are recruited in countries outside the European Economic Area. Over the last five years, we have collected a significant amount of evidence which supports our view that non-EEA Ratings in the UK shipping industry are employed on contracts that completely flout the pay rates and terms and conditions achieved through collective bargaining with the RMT. Those contracts would also be illegal on land.

5.The Bahamas registered P&O passenger ferry European Causeway operating between Cairnryan and Larne is crewed with Ratings employed by an employment agency based in Riga, Latvia. A Romanian Able Seafarer working 12 hour days for up to two months with no rest days is paid a basic rate of 3.87 EUROS per hour for the first 8 hours and an overtime rate of 4.86 EUROS per hour for the next four hours. It is legal for seafarers to work up to fourteen hours per day.

6.Exploitative employment conditions also exist on the other P&O vessels in the Irish Sea, Norbay and the European Highlander and on P&O’s North Sea ferries, Pride of York and Pride of Hull, where agency crew can be paid a basic rate as low as £1.75 per hour. These cases of seafarer exploitation are tantamount to modern slavery and are being regularly reported in the national press.

7.RMT is in dispute with P&O Ferries over the loss of Ratings jobs from the company’s sale of the Bahamas registered European Endeavour on the Liverpool-Dublin route. 15 Ratings were displaced and not offered jobs on the other Irish Sea ferries Norbay or the European Highlander. P&O would not offer our members jobs on the Irish Sea because it would disturb their ‘business model.’

8.RMT secured a commitment from the Tory Government under Theresa May to extend the National Minimum Wage Act to cover all seafarers working between UK ports and from a UK port to offshore energy installations on the UK Continental Shelf. Ministers have previously stated that the necessary secondary legislation will be in the statute book by April 2020.

9.A Government-commissioned report published in 2017 stated that 470 Deck ratings would need to be trained every year up to 2026 to meet the forecast increase in demand in the UK shipping industry. If UK seafarers do not meet that demand, industry will fill those jobs with low paid non-EEA seafarers.