RMT CONFIRMS STRIKES ON VIRGIN EAST COAST AFTER 84% VOTE FOR 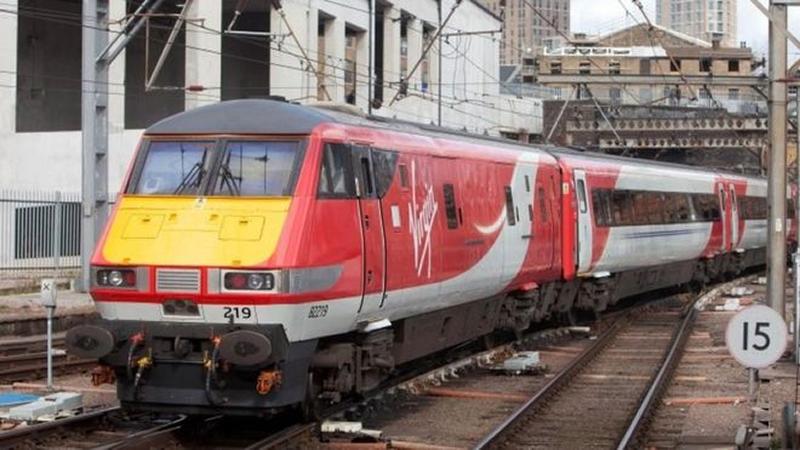 RAIL UNION RMT today confirmed a programme of strike action on Virgin Trains East Coast over a threat to jobs, working conditions and safety after an 84% strike vote was announced earlier this week.

RAIL UNION RMT today confirmed a programme of strike action on Virgin Trains East Coast over a threat to jobs, working conditions and safety after an 84% strike vote was announced earlier this week.

The union has instructed members at Virgin Trains East Coast to take industrial action as follows:

All members EXCEPT depot maintenance members are instructed to take strike action by NOT booking on for any turns of duty scheduled to commence between the following times:

All members EXCEPT depot maintenance members are instructed to take action short of strike by not working any overtime between the following dates and times:

All members EXCEPT depot maintenance members are instructed to take strike action by NOT booking on for any turns of duty scheduled to commence between the following times:

The ongoing dispute came to a head as the company chose to ignore the agreed negotiating machinery and subjected staff to a barrage of direct propaganda justifying their attempts to bulldoze through a package of cash-led measure that would decimate jobs, working conditions and threaten the safety regime that currently ensures a guard on every train. Nearly 200 jobs across the franchise are threatened by the cuts.

The union has also reacted furiously to news that VTEC trains are being commandeered from the current crews in order to train up a ramshackle and under-trained scab army of managers from East Midlands Trains . That process has been going in for some time now as the company ramp up a strike breaking plan that the travelling public have now knowledge of, leaving passengers paying a fortune to travel on trains that the union says are inherently unsafe. Members have also been subject to bullying and intimidation as part of the commandeering process of their trains.

Safety and route training plans are being pared back to get the managers from East Midlands Trains in place in a move that makes a total mockery of the existing rail safety regime and which proves that the company are happy to cut corners to try and smash the workforce into a corner rather than addressing the union concerns.

1. Redeployment and protection agreements will be adhered to at all times.
2. There will be no compulsory redundancies.
3. A safety-critical guard will be present on every train.
4. Confirmation of establishment staffing numbers.
5. TUPE to be adhered to
6. Rates of pay to be protected

Those assurances have not been forthcoming, the union has been ignored and now in the wake of a strong mandate for industrial action in the ballot the RMT National Executive Committee has confirmed the programme of action.
RMT General Secretary Mick Cash said:

"RMT will not sit back while nearly 200 members' jobs are under threat and while conditions and safety are put at risk by a franchise which is clearly in financial trouble. We will also not tolerate the cavalier attitude to safety that is now on show as the company mobilises its scab army of managers. Our members are being subject to outrageous intimidation and bullying as their trains are commandeered as part of the scabbing process.

"RMT is aware that VTEC management are putting out regular propaganda messages to their employees, to justify the company`s attempts to attack job security, terms and conditions of employment and current working practices. In response to company propaganda, RMT’s view is clear. Long-standing agreements between our two organisations dictate that the company must negotiate with RMT, as a recognised trade union to those agreements, yet the company say these changes are a consultative process. That is simply not true. Any changes to staff terms and conditions are negotiable matters.

“Our members will not pay the price for a crisis cooked up in the Virgin/Stagecoach boardroom. The action is on and the union remains available for serious talks .”