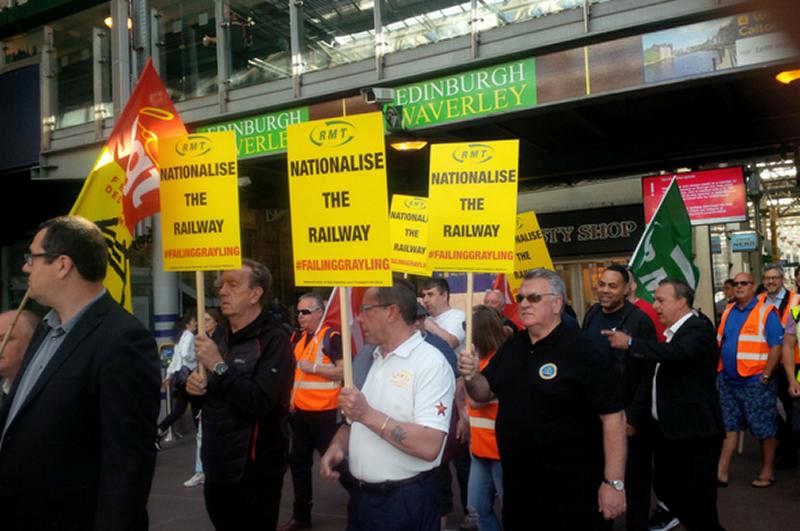 "The protest in Edinburgh this morning, coinciding with our AGM in the City, is sending out the clearest possible message to Chris Grayling that the fight for public ownership of our railways is stepping up a notch.

"If you want to see the failures of Britain's privatised railway system writ large look no further than the East Coast Main Line where a succession of expensive corporate disasters have seen this crucial inter-city service lurch from crisis to crisis.

"The only stable period in the past two decades came under the publicly owned Directly Operated Railways.

"What we need now is permanent public ownership and not some short-term lash up as a holding operation before Chris Grayling gives another bunch of spivs and speculators a spin of the wheel."