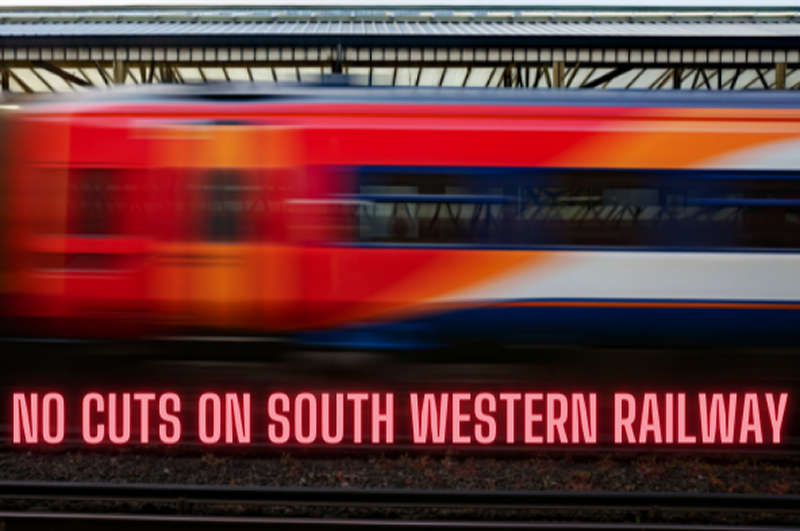 RAIL UNION RMT today demanded answers from the Government, Network Rail and South Western Railway (SWR) after the research commissioned by SWR that shaped proposals to cut hundreds of services from South Western Railway’s timetable from December 2022 was cast into serious doubt.

The consultation, that formally closed yesterday, used market research of passengers conducted at the height of the Covid-19 pandemic to make projections for future passenger demand across the SWR network.

RMT has unearthed that SWR commissioned three separate pieces of market research of passengers conducted in May 2020, at the beginning of the pandemic during the first lockdown, October 2020, as the second wave of Covid-19 hit, and in January 2021, immediately after the second national lockdown, a 7-month time period when the Government was specifically instructing passengers to avoid using rail where possible.

Separately, RMT has also found that a detailed study by Network Rail on the future of South West Mainline services, published in July 2021, has been completely omitted from SWR’s consultation.

“Our evidence proves clear as day that SWR’s cuts consultation is a sham and is should be completely discredited. The consultation may have closed but our campaign continues.

“To propose severe cuts to services based on flimsy research conducted at the height of the Covid-19 pandemic and over two and a half years before the new timetable is implemented is staggering, but to make it worse SWR decide to completely ignore the most detailed study into passenger demand across the South West Mainline services conducted in recent years.

“No one can have any confidence in this process which is clearly being driven by the Government as a cost cutting measure and using Covid-19 as a cover to launch an unprecedented attack on rail services and rail workers’ jobs and pay.

“Almost 3,000 passengers have supported our campaign and directly rejected these cuts proposals and now we know the research the service cuts are based on is discredited our message to SWR and the Government is clear: These cuts to rail services should be stopped immediately and in the year the UK hosts vital climate talks at COP26 the Government should be wholly focused on cutting emissions, not rail services.”

https://www.networkrail.co.uk/wp-content/uploads/2021/07/South-West-Main-Line-Strategic-Study.pdf
·       RMT launched their “No Cuts on SWR” campaign this week and over 2,000 people have signed a petition and over 700 people have submitted consultation responses wholly rejecting SWR’s service cuts proposals https://www.megaphone.org.uk/petitions/stop-the-cuts-on-south-western-railway