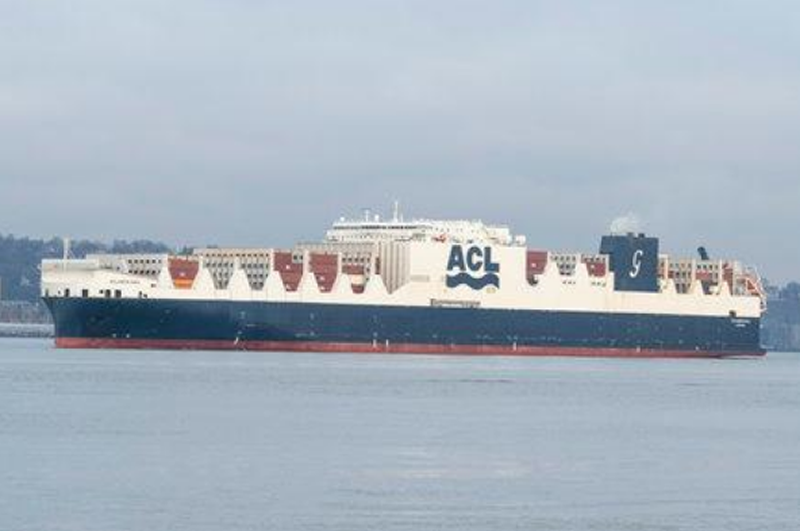 The ACL fleet was registered in the Port of Liverpool from 2016, when the Atlantic Sea was christened by Princess Anne, the first in Liverpool for fifty years. Yet earlier this week, ACL re-flagged one of its sister ships Atlantic Sky to the Maltese register – a Flag of Convenience and the biggest shipping register in the EU. ACL’s owners Grimaldi Group have warned that the rest of the ACL G4 ships on the Red Ensign are also likely to be re-flagged.

The International Transport Workers Federation (ITF) issued a warning to ACL earlier this month over the failure to repatriate largely Filipino crew when the ships are docked in Liverpool. Crew are being worked beyond their nine month contracts. All Ratings on the ACL fleet in question are paid below the UK National Minimum Wage and many have been working at sea periods well beyond the legal maximum of 11 months stipulated in the Maritime Labour Convention.

In the letter to the Shipping Minister RMT General Secretary, Mick Cash said:

“One of the key causes of foreign seafarer exploitation and exclusion of UK Ratings is the lack of requirement to employ UK seafarers on the Red Ensign. Indeed, the UK Ship Register continues to present this to shipowners as one of the advantages to registration. This must change, and quickly.

“This tale of the shipping industry co-opting national registers to ride roughshod over seafarers’ rights, UK Ratings jobs and the needs of workers in the port cities and towns of an advanced island economy is all too common. The Government must take the following actions, inside the Maritime Restart and Recovery Group and beyond to tackle these injustices:

“RMT remain committed to the DfT’s Maritime Restart and Recovery Groups but the mess in our maritime industry illustrated at ACL must be sorted out to the benefit of Ratings in the UK and our battered skills base.”

1. RMT is the trade union for UK Ratings and consistently sought discussion of crewing on the ACL UK registered fleet since October 2016 but these were never taken up by ACL or their crewing agent V-Ships.
2. The ACL website lists the Atlantic Sky as registered under the Maltese register. It was previously under the UK register. https://www.aclcargo.com/vesselSpecs.php
3. ACL is a subsidiary of Italian shipping giant Grimaldi Group. Grimaldi have been warning since 2018 that they were considering flagging out the UK registered ACL fleet to either the Italian or Maltese register, due to concerns over a no deal Brexit.
4. £2.83 per hour is the rate earned by Filipino Ordinary Seamen, Wipers and Messmen (Stewards) on the ACL fleet. This figure is reached by combining the basic and guaranteed over time hours (276) per month with the total payment under Part A of the IBF-AMOSUP IMEC Wage Scale applicable on the ACL container fleet in question.
5. All Ratings positions on the ACL fleet in question are paid below the UK National Living Wage hourly rate of £8.72 ph. The highest over time rate is $5.20 (£3.97) for Bosuns, Fitters and Chief Cooks.
6. The Maritime Labour Convention states that the maximum duration of a seafarer’s contract is 11 months.
7. The ITF warned ACL over the crew change crisis earlier this month following receipt of complaints from crew https://www.itfseafarers.org/en/news/itf-welcomes-new-ships-liverpool-warns-atlantic-container-line-over-crew-change.