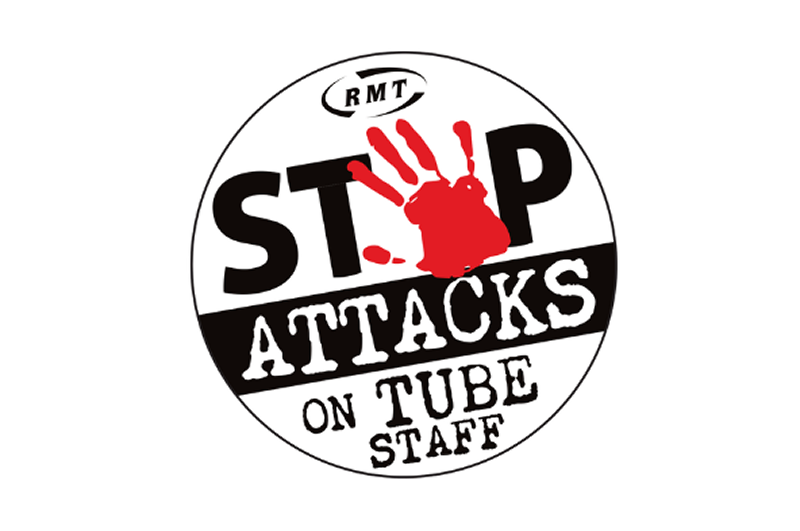 TUBE UNION RMT said today that it will be stepping up its "Stop Violence Against Tube Staff" campaign as shocking new figures released this morning show that assaults on staff have risen by almost a quarter over the past three years with more than 600 attacks last year and with 35 incidents involving a knife.
General Secretary Mick Cash said;
"Violence on the tube network is out of control and I am sick and tired of hearing warm words from the politicians and bosses running the system while my members are risking their lives every time they book on for work. The situation is that serious and RMT is demanding real action right now.
"That means an end to lone working, a reversal of the damaging staff cuts and a culture that supports and protects tube staff rather than the toxic atmosphere that has been allowed to fester for too long.
"RMT has made it clear that we will take whatever action is required, including industrial action, to protect our members safety, their status and their working conditions."
Ends