RMT demands that Arriva be stripped of Northern franchise 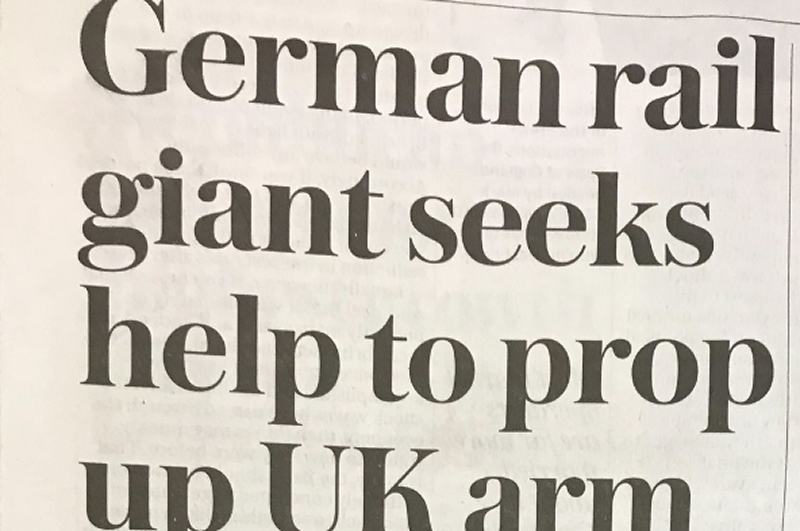 Rail union RMT today demanded that the Government take immediate action to strip Arriva/Deutsche Bahn of their Northern Rail franchise and return the routes to public ownership after the Telegraph revealed this morning that catastrophic mismanagement has seen the taxpayer subsidy soar to £282 million with the company now locked in crisis talks with the DfT and demanding an even bigger public bail-out.

The shocking news, which mirrors the Virgin collapse on the East Coast Main Line earlier this year, comes on the 25th anniversary of the passing of the Act bringing in rail privatisation in Britain.

RMT General Secretary Mick Cash said:
“Arriva Rail North, a subsidiary of Deutsche Bahn, is a basket case rail franchise sucking up well over a quarter of a billion pounds a year in public bail-outs while wrecking service standards, ripping up the safety rule book and threatening to throw the guards off over half their trains. This scandal needs to end immediately and that means the Government taking immediate action to bring the Northern routes into direct public ownership and control with the services run on the basis of safety, security and access and not private profit. That means a guard on every train and proper staffing at station level as well.

“With reports that Trans Pennine Express are in similar dire straits this national disgrace on our privatised railways, coming exactly 25 years after the Act was passed ushering in the Great British Rail Rip-Off, has to be called to a halt before irreversible damage is done.

“If Virgin can be kicked off the East Coast and the lines returned to public ownership there is no excuse whatsoever for dragging out the death throes of Arriva on Northern Rail.” 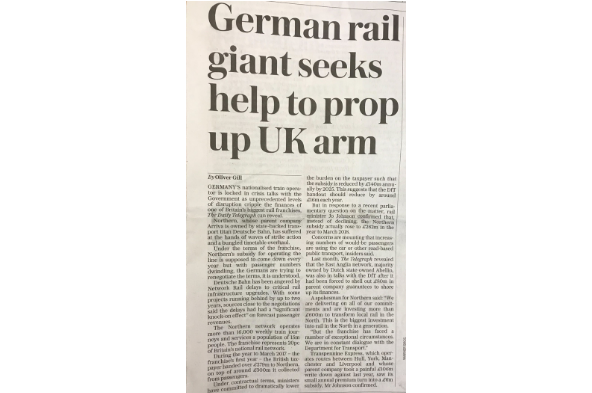