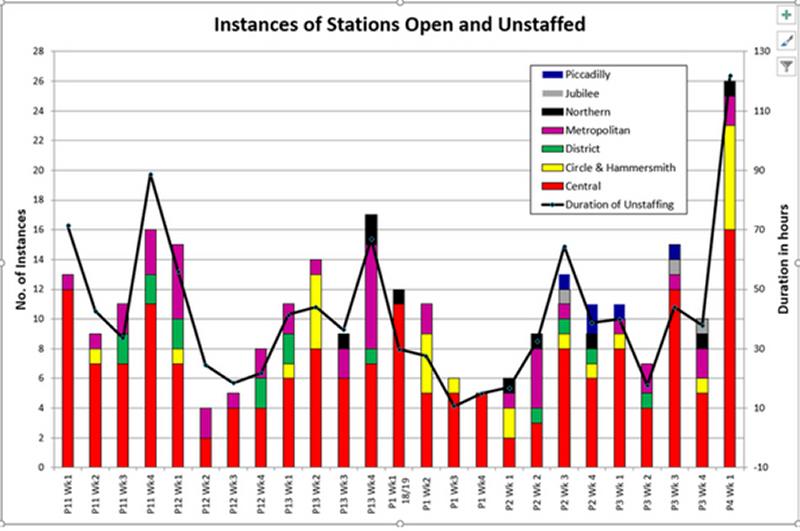 TUBE UNION RMT this morning revealed shock new figures from an internal LUL document that expose a crisis in staffing and safety on the tube with dozens of stations now left unstaffed on a weekly basis.

The figures give more proof RMT's case that tube bosses are attempting to run the Underground on the cheap in unsafe conditions .

Since January stations accross the network have been left completely unstaffed on nearly 300 separate occasions . The vast majority of these incidents include unstaffing for many hours at a time . Even worse is the revelation that many of these incidents cover entire shifts during Night Tube operation . RMT staff reps suspect the real figures are actualy higher as not all closures will have been reported .

Despite assurances from LUL and the Mayors office about safety and staffing the union says that the facts exposed today make it crystal clear that LUL simply don’t have nearly enough staff to safely run the tube network .

“As expected and predicted by RMT the slash and burn employment model being followed by LUL over the last ten years has left stations being woefully understaffed with passengers being expected to fend for themselves at stations regularly left unstaffed for hours at a time .

"Even more worrying is the fact that stations serving night tube are being left completely unstaffed throughout the operation as a matter of routine.