RMT demonstration in support of guards on Monday 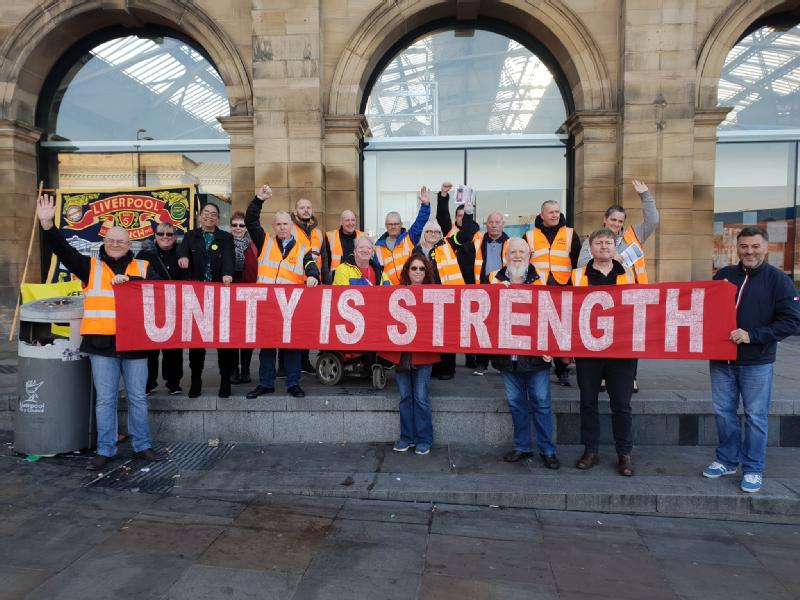 RAIL UNION RMT will be holding a demonstration in support of guards and station staff at Liverpool Lime Street Station on Monday 15 October between 9am and11am to coincide with ministers and rail bosses turning up at for what they are calling “Better Stations Day” and the final completion of the Liverpool Lime Street refurbishment.

RMT will be highlighting the fact that far from better stations, the rail bosses – at the behest of the government – are seeking to de-staff trains and stations.

The union will also be objecting to the way that refurbishments such as this and related works are often carried out by casual, out sourced labour, often operating under bogus self-employment. It is scandalous that multi-million pound tax payer funded projects are developed this way. All such work should be in-house and under public ownership and as a starting point linked to decent employment conditions.

“RMT has made it crystal clear to Chris Grayling, his ministers and officials that when it comes to presiding over the destruction of the safety culture on Britain's privatised railways he can run but he cannot hide. If he won't meet with us then we will take the union's case for a guard on our trains and safely staffed stations directly to him and his cheerleaders.

“On Monday Chris Grayling and his team will have the opportunity to hear direct from rail workers engaged in the fight for safety, security and access on our trains. Let's just hope they don't bottle it."