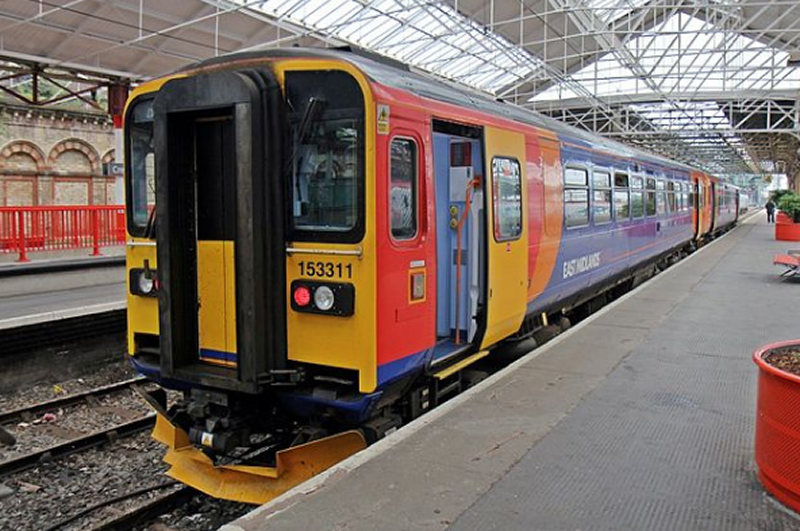 Rail union RMT confirmed today that strike action on East Midlands Trains goes ahead from this Saturday as company bosses continue to snub talks aimed at reaching a solution.

The dispute is over EMT’s management’s failure to bring a meaningful resolution to RMT members’ concerns over Pay Discrimination and Contract issues.
RMT has made every effort to broker a negotiated settlement but have been snubbed at every turn by the Stagecoach-owned company who have given up on any pretence of serious management as they adopt a scorched-earth policy aimed at extracting every penny they can before they are kicked off the railways in light of the pensions scandal.

The company even went so far as to block a union approach for talks in advance of this weekends' action as apparently all senior managers capable of entering ‎into negotiations are on leave until the 25th of July.

“East Midlands Trains lack of commitment to deal with our concerns over contractual issues such as compulsory Sunday working, wage discrimination and other matters is a total disgrace and has been reinforced by their ludicrous refusal to sit down and talk with us as Stagecoach slash and burn their way through their remaining franchises in advance of getting banned from the railway by the DfT. It is an outrageous state of affairs.

“As a result of this cavalier approach RMT strike action goes ahead exactly as planned from this weekend in order to force the company take the issues seriously and start acting responsibly.

“The union remains available for talks but it takes two to tango no one should underestimate the resilience and ‎determination of our EMT members to see justice.”