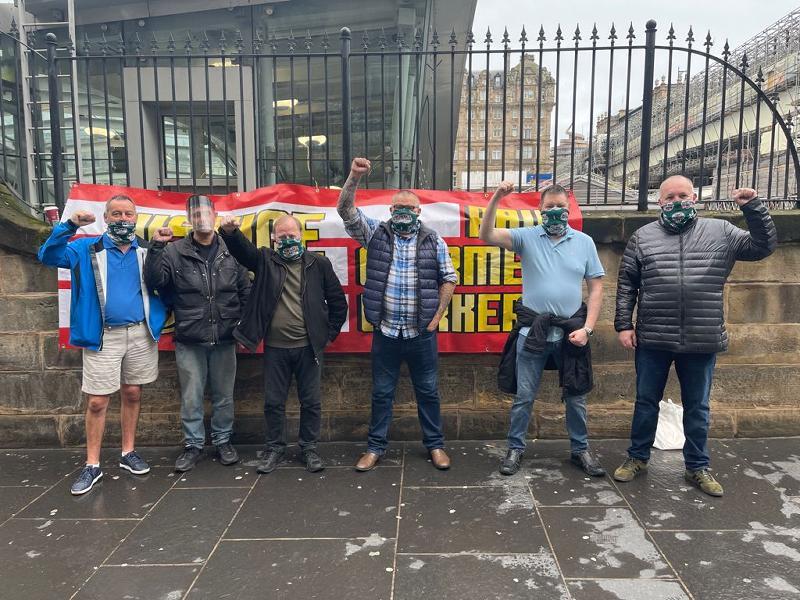 RAIL UNION RMT has confirmed that Rail Gourmet staff at Edinburgh Waverley will be going ahead with a new phase of strike action from 17th September in an on-going fight for respect and justice in the workplace as the company escalate their abuse and bullying of their staff.

As a result of the continued failure of the company to agree to meet with the union and negotiate a fair and just settlement members have been instructed not to book on for shifts as follows;

This latest phase of action follows on from previous rock solid strikes and instead of recognising the strength of the genuine grievances the company have chosen instead to continue their attacks ‎on their staff for having the audacity to stand up and be counted.

“Our members have been left with no choice but to take further strike action next month as a culture of bullying and harassment has been allowed to continue at Edinburgh Waverley which has led to a wholesale breakdown in industrial relations.

“Instead of recognising the strength of the staff grievances and entering into sensible and serious negotiations the company have instead continued their attacks.

“September's latest phase of strike action is all about respect and justice in the workplace and the company’s continued refusal, even in the face of a massive 100% vote for strike action and solid support during recent strikes themselves, to do anything about it.

“The union remains available for talks and its time the company stopped stalling and started talking.”