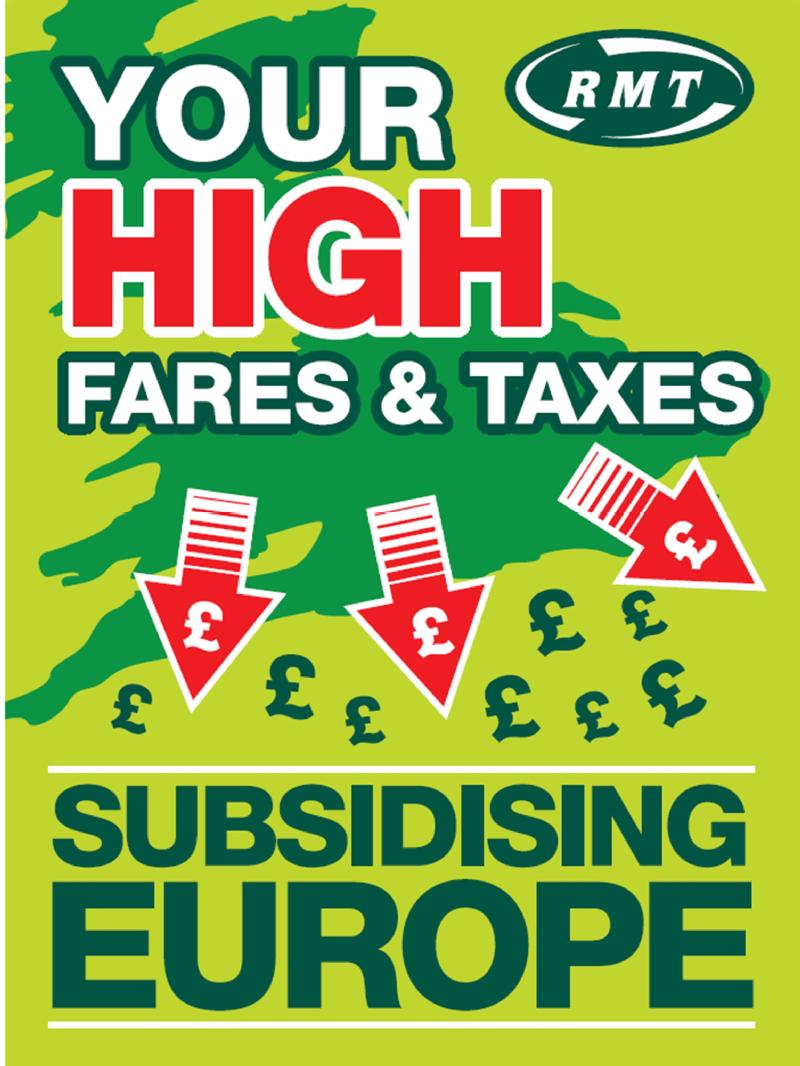 Events across the Northern and TPE franchises will continue this morning at 8am at Buxton railway station as rail union RMT presses ahead with a new phase of campaigning over the threat to fares, jobs, services and safety from the new franchises set up to rob the region of hundreds of millions of pounds to subsidise rail services in other parts of Europe.

Transpennine Express Services and Northern Rail have already creamed off almost £400 million to shareholders which could have been used to pay for fairer fares, new trains and more staff to help passengers.

The shortlisted bidders for the Northern Rail franchise are owned by Dutch, French and German state railways. RMT says that passengers in the North are to be used as used a cash-cow to hold down fares and improve services for railways in France, Holland and Germany. Transpennine Express Services are also to be re-privatised.

There will be cuts to rail services and staff. Passengers will be crammed into overcrowded, driver only operated trains, paying the most expensive rail fares in Europe. While all the time foreign and private train companies will suck up even more profits at the expense of rail services in the North.
RMT will be taking a clear message out onto the streets that it is time to put passengers first and for the public to sign up for a publicly owned People’s Railway in the North. That means:

•         Every penny that is put into the railway will be invested in the railway
•         Funding fair fares, new trains and more services
•         And more help for passengers: trains will keep their guard with proper staffing for stations and ticket offices
•         Proper democratic oversight by communities and councils, instead of rail policy in the North being dictated by private and foreign companies.
RMT has launched a petition calling for a publicly owned people’s railway in the North of England. To sign please visit http://tinyurl.com/p8wm29c‎

A full list of the scheduled events is attached as below.

RMT General Secretary Mick Cash said:
“For all the posturing and hot air about a “Northern Powerhouse” from George Obsorne and David Cameron the reality is not only rail services starved of resources and locked in the slow lane but one where European rail operators are being given the green light to bleed Northern and TPE dry to subsidise their domestic operations. That is rail privatisation in action.

“RMT has been out on the streets for nearly a year now engaging the public and getting a fantastic response from the public. In this final push in the run up to polling day we intend to ensure that the carve-up of rail services in the North remains a major issue in this election.”